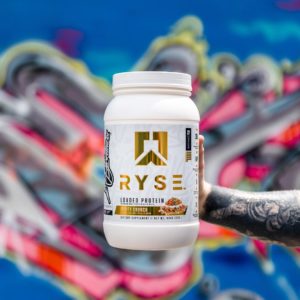 Loaded Protein also contains organic agave inulin (prebiotic fiber), MCT (medium chain triglyceride) oil, and is extremely easy to digest. Although it’s is not a new product, we recently got the chance to try it and were blown away by the taste, mixability, consistency, and quality ingredient selection. Now that Ryse Supps is launching the new flavor — Chocolate Cookie Blast— we thought would be a great time to highlight how great this protein powder is!

So far, we’ve tried Peanut Butter Cup, which uses actual peanut flour from PB2 along with cocoa powder to give it that authentic taste, and Cinnamon Toast, which reminds us of the milk left over after eating a bowl of cinnamon-based cereal. Both are phenomenal flavors, so we have high hopes for Chocolate Cookie!

Nic Stella, CEO of Ryse Supps, told us that Chocolate Cookie is not your typical “cookies n’ cream” flavor. Instead of having a plain vanilla base along with tiny cookie pieces, Ryse Supps is going with a bold chocolate based flavored protein powder and adding in decent sized cookie bits that are very similar to Oreos. 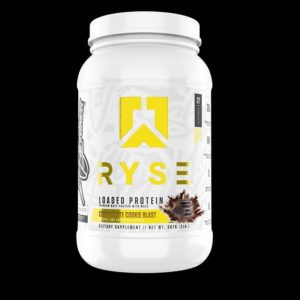 Chocolate Cookie Blast is basically a chocolate-flavored protein powder with a blast of cookies n’ cream pieces. Ryse Supps Loaded Protein is known for having a nice thick and creamy consistency, and is a blend of whey protein isolate and whey protein concentrate.

If you’re sick of drinking thin, bland, and water protein shakes, then put Loaded Protein on your list of shakes to try — it’s basically a milkshake, especially when mixed with almond milk or regular milk! If you just crushed an intense workout, then treat yourself with a drink that will help you recover and curb your cravings!

Everything you need to know about Ryse Loaded Protein is down below! But before you read any further information — sign up for Ryse Supps news and deal alerts so you don’t miss out on future launches or sales!

Let’s dive right into the macronutrient profile of Ryse Loaded Protein. Then, we’ll get into the relatively unique “other” ingredients. Keep in mind that the serving size, calories, and macronutrients vary slightly depending on the flavor. 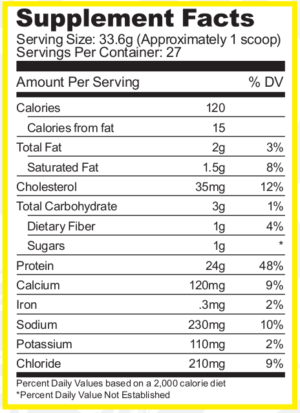 Great macros and even better taste!

Here’s what one scoop (~34g) of Ryse Loaded Protein contains:

Since Ryse Supps Loaded Protein is a blend of whey protein isolate and whey protein concentrate, these macronutrients are right on par with other blends we’ve seen on the market. Regardless of what flavor you choose, you’ll always be getting 25g of protein per scoop, which is an excellent, tasty, and convenient way to hit your daily protein goal! Most people don’t believe it’s only 130 calories with 1g of sugar after tasting it.

Let’s move onto the ingredients to see how Ryse is able to make a whey protein powder taste like a milkshake!

We’re going to break this section down into two parts — protein sources and other ingredients. The protein sources are obviously the star of the show, but in order to make it taste delicious, Ryse had to add a few extra ingredients that are worth mentioning!

Ryse Loaded Protein is definitely one of their best sellers and we expect that a lot more delicious flavors are in the works.

Here’s an updated list of all available flavors of Ryse Loaded Protein:

As we mentioned, the Peanut Butter Cup and Cinnamon Toast have really impressed us, so we highly recommend those two if you’re a Reese’s cup or Cinnamon Toast Crunch connoisseur. But if you’re on the hunt for a new and exciting flavor — try out the Chocolate Cookie Blast— you won’t be disappointed!

Ryse Supps has only been around for a couple of years, but it’s incredibly hard to ignore their growth and success. It seems like just yesterday that Ryse was the new kid on the block, but now they’re taking things to the next level by creating new flavors, products, and sponsoring well-known athletes. 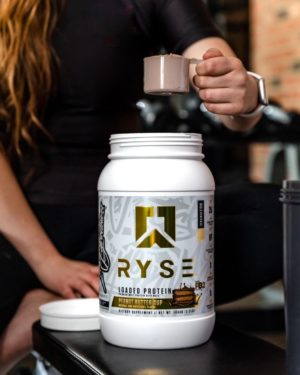 When Ryse first launched, one of their flagship products was Ryse Loaded Protein and it remains as their top seller today. While the vast majority of supplement companies stick to the standard flavors, such as vanilla or chocolate, Ryse wanted to stand out and offer something completely different. They definitely accomplished that right from the start, but as always — Ryse is never satisfied. The all new Chocolate Cookie Blast takes Ryse Loaded Protein to new heights, which makes us excited to see what’s in store for the future!

Although 2020 has been a year full of obstacles, Ryse continues to climb to the top. This year alone, they launched a well formulated RTD (ready-to-drink) pre workout, a (now-discontinued) whole food based protein bar, and a brand new product line — Project Blackout. Regardless of what’s happening around them, Ryse is unphased and is looking to continue launching new and exciting products/flavors moving forward.

Make sure to subscribe down below, so you don’t miss out on what’s to come from Ryse Supps!