Did this new protein powder just get memed into existence? Seems like it!
But this label is the real attention-getter.

Primeval Labs‘s tear through 2018 continues, as the company just dropped its latest product, IsoLIT. Isolit is a whey protein isolate – a product Primeval fans have been eagerly waiting for, and the brands’ first ever protein powder, and this one’s a pure whey protein isolate: 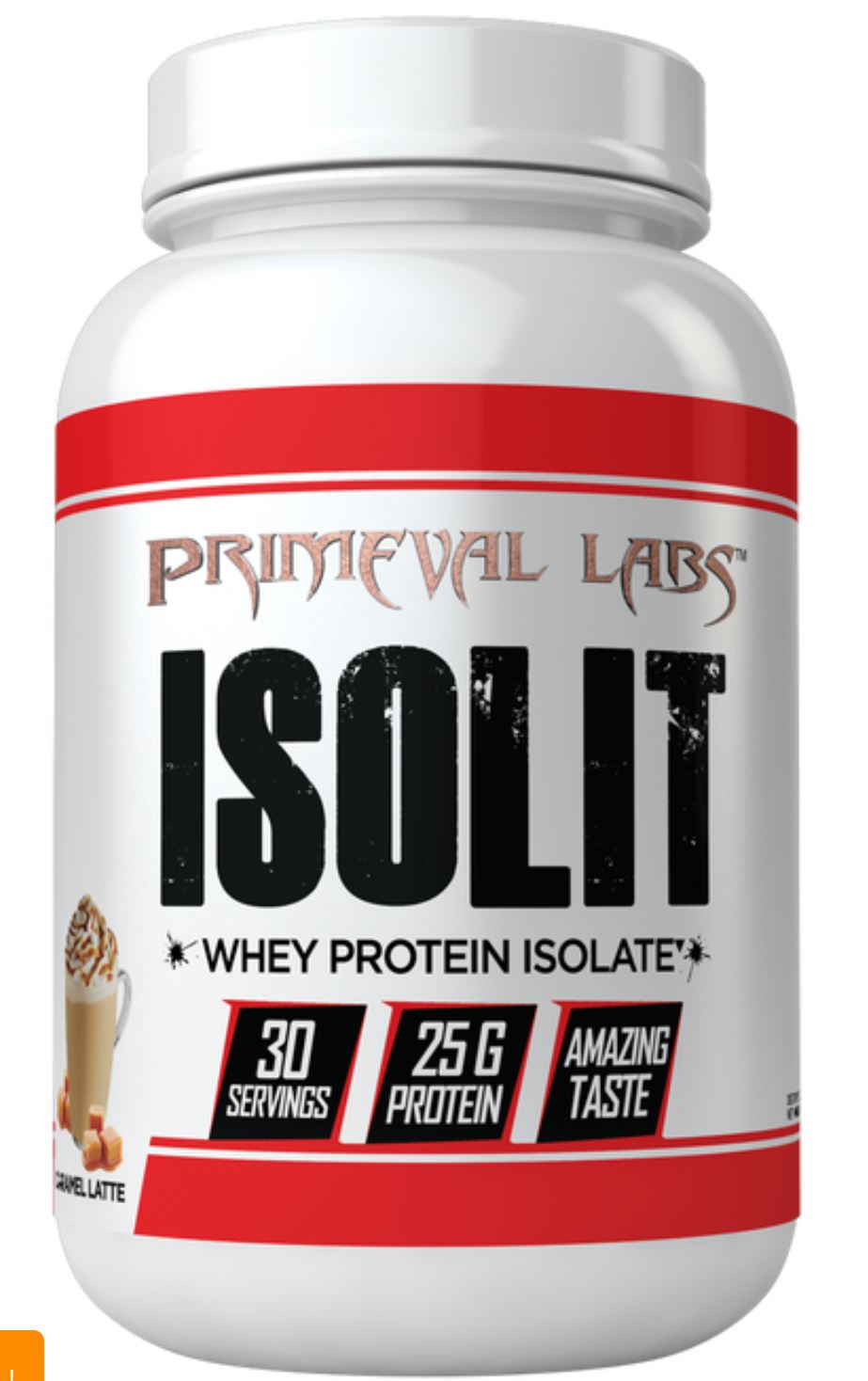 Because of that filtration process, Primeval claims users will get a protein with the highest level of absorption and bioavailability!

But there’s some serious concerns with this label, including corn syrup solids and added aluminum. Before we get into this label, check out the prices and sign up for Primeval Labs news alerts, since there’s probably more products on the way:

The advantages of a cold filtered protein versus a heat filtration process, is that heat can denature protein while the cold filtration does not. This means you don’t have to worry about a denatured whey protein product since Primeval Labs disclosed that here.

Primeval also claims users will notice a higher-quality mixability and superior digestion, compared to other protein powders (we discuss the ingredients ‘helping’ to make this happen below). Cold-filtration also ensures that Isolit will be very low in fat and lactose.

Not the ‘cleanest’ isolate: so is Primeval Labs going for taste? 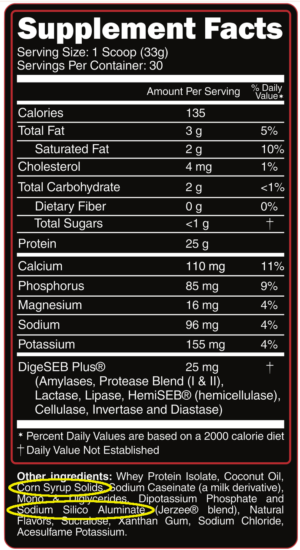 Based on the name, you would first assume that Isolit is a lower calorie isolate option. It is compared to non-isolate proteins, but not quite as low as you might expect from your standard whey protein isolate. Each scoop is a 33g serving which has:

Yes, this does contain a bit more fat than a standard whey protein isolate. So where’s the carbs and fats coming from? Take a look at the label and you’ll see:

The first ingredient on the label is whey protein isolate, followed by coconut oil…. which brings us to the third ingredient, corn syrup solids!!

Although we aren’t fans of corn syrup, we know what it will do to the flavor profile, so our guess is that this is an isolate going for pure flavor and texture in a sea of “thin isolates”. As such, we’ll need to pit it up against current leader, MAN Sports’ ISO-Protein.

Question is, do most whey isolate fans, many of whom are trying to keep it low-carb, want any corn syrup at all?

But it gets even weirder:

Why is there Aluminum in a protein powder?!

On top of the corn syrup solids, you also have Jerzee blend Dipotassium Phosphate and Sodium Silico Aluminate, the latter of which is a combination of aluminum, sodium, and silica.

Several studies have pointed to dangers in aluminum, with no known biological use.[6] So is it worth adding to the creamer?

This indeed means you’re getting a small hit of aluminum, which is a controversial ingredient due to studies showing neurotoxicity,[2,3,4,5,6] and there is no known physiological role to have it in the body at all.[1,6]

Granted, much of this research is based upon long durations of time (ie people with neurodegenerative disease are found to have higher amounts of aluminum in their brains[3]) and injected forms of aluminum,[7] but it’s worth knowing about for those who are attempting to stay away from the potentially hazardous element.

We asked Primeval Labs, and they stated the following, confirming our theory on taste/texture, but unfortunately, we don’t know the dosage:

It is the coconut oil creamer used its a very very small amount. Taste and Texture were the reasoning behind the creamer being used. 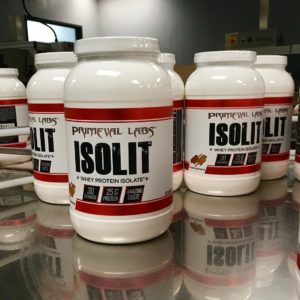 Isolit will bring a few standard flavors and a couple of more unique options for users:

When a brand launches with this many flavors, you know they’re serious. Typically we see only two or three flavors at launch, with more when the product achieves success. It looks like Primeval is guaranteeing success due to their taste and texture right out of the gate!

And since that’s the case, you can also see added sucralose and acesulfame potassium (“Ace-K”) for sweetening, and xanthan gum for thickening. 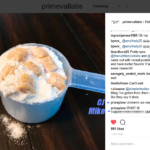 So… when’s this one coming out?!

You may remember our post a few months back, where we re-posted Primeval’s Instagram post concerning a protein product with cereal inside of it! Not to spoil the flavors up ahead, but there won’t be cereal pieces inside of Isolit, if the flavor names are any indication.

That’s to be expected, though — cereal chunks are for the “dirtier” protein powders (with carbs and fats from whey concentrate), whereas whey isolate users are generally looking for purity and cleanliness.

So by the looks of it, Primeval Labs is going for pure taste and texture, and it may come at some “health cost”. The market will have to determine whether or not that taste is worth it compared to the other whey isolates out there. 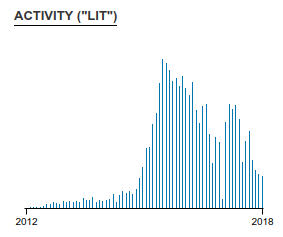 The word “lit” isn’t getting as much play over at Urban Dictionary lately. A bad sign for the meme?

Our only question is about the name. Right now the word “lit” is quite hot, but according to Urban Dictionary, the term peaked around 2015-2016 and has been trending down.[https://www.urbandictionary.com/define.php?term=lit] Will this product out-last the word, and if so, might the word actually drag it down?

We’re not cool enough to know, but we do love the name… for now. Just be sure you’re aware of those “other” ingredients.

So Primeval’s now in the protein game. Next, are we expect a lower-cost, non-isolate product in the future? Most likely, so be sure to sign up for Primeval Labs news alerts and check our prices on PricePlow!