Discontinued! Note that this product has been discontinued, so if you’re a fan, try to find it below before it’s gone for good! 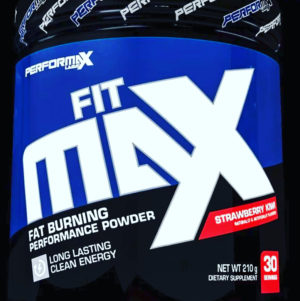 No company dominated the back half of 2017 quite like Performax Labs. We covered their rebranding / reformulation in great detail, featuring big upgrades to their top-rated pre workout and fat burner supplements HyperMax and OxyMax.

Now, the brand synonymous with MAX-ing anything and everything is back again, and they’re looking to maximize their place as industry innovator with FitMax — a fat burning powder like you’ve never seen before.

They already have a fat burner pill in OxyMax, but since this one has a few different tricks up its sleeve, it’s been given its own name – FitMax – and now we have two phenomenal-looking weight loss options from the maximum-powered Performax Labs.

Much more info is ahead on this top-notch fat burning powder, but first, take a moment to check the best deal and sign up for alerts from PricePlow:

FitMax is an incredibly well-formulated fat burner that is way more than just your typical caffeine + yohimbine + synephrine combo. Inside you’ll find a number of synergistic pairings that create a fat burner sure to turn some heads.

If you’d rather listen and watch than read, check out Mike’s ingredient explainer here:

Note: Doses listed below are based on one full serving (i.e. two scoops). 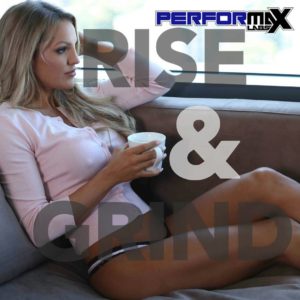 Get ready to rise and grind with Performax Labs.

At first, FitMax launched in two flavors — strawberry kiwi and pink lemonade, but then came out with our favorite — orange mango. Flavoring these high-stimulant fat burning drinks is often difficult, but when it comes to orange mango, at least, Performax Labs did this one great! This is an easy choice those of us who’d rather “drink our energy” than swallow capsules.

No doubt, the brand has recently upped their game and their now much-improved flavoring which bodes well for this fat burning powder.

Fat Loss to the Max with FitMax

Performax Labs ended 2017 primed to take 2018 by storm, and their opening salvo of the year looks to be a strong play. We appreciate that they didn’t just call this “OxyMax powder”, because the fact is that this is not OxyMax — it’s a different formula that should have some different effects. So there’s no confusion here, OxyMax are the pills, FitMax is the powder, and both are potent formulations.

Click the image to see all of Performax Labs’ well-formulated products. This is a brand with brains, and that’s why we love them.

Only question is what form factor you want, and we can’t make that decision for you… although we personally like the drinks around here, but most of the market enjoys pills more.

With just enough energy to get even the most calorie-deprived up and moving along with a number of synergistic ingredients that result in one of the most innovative fat burners we’ve seen in quite some time, FitMax may have to push OxyMax aside in our updated best fat burner buyer’s guide.