Let’s cut to the chase here, get you to the class action forms, and then get into the longer story later: 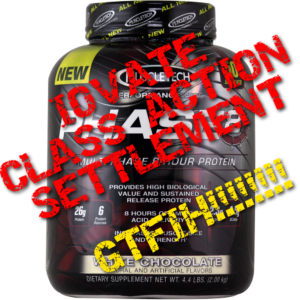 We have ONE week to spread the word. If this is your first time hearing about this, tell your friends to GTFIH!!!

Per the court documents, those that are eligible for reimbursement are:

“Persons who purchased one or more eligible MuscleTech, Six Star, EPIQ, or fuel:one protein products between March 10, 2011 November 10, 2015 are included in the Settlement.”[1]

Unfortunately, this is a US only settlement.

This is a crazy amount of the protein powders distributed by the Iovate family tree, but not all of them.

The deadline for filing is February 8, 2016 – just one week from the publish date here.

ASAP, head on over to

After that, the judge needs to approve of the settlement figures in April, but don’t plan on this window getting extended. It’s basically now or never so please share this post with friends!

How Much is the Settlement? What can I get Back?

In total, there’s $2.5 million worth of settlement money approved by the courts that’s up for grabs. There’s a max payout of $300/household, provided you have the receipts from the products.

What if I don’t have receipts?

The website shows a form option that states “File a Claim With No Receipt or Proof of Purchase to Recover $10 Per Prodcut Up to $50 Per Household” — so even if you don’t have receipts, you can still get up to $50 back per household. If the settlement goes over $2.5 million, chances are, these non-receipt claims will be the first ones left out.

Also, don’t go buying new products in the list above thinking you’ll get rewarded. Your receipts must be from November 10 or earlier.

Now go get your receipts together and head over to ProteinSettlement.com and come on back to read the rest of the story later!

Back in November 2015, a massive lawsuit was settled by Iovate/Muscletech in regards to their extensive line of protein powders that were spiked with amino acids.[1] While this may not seem like a big deal to some of you, this had serious financial implications for consumers and Iovate alike. 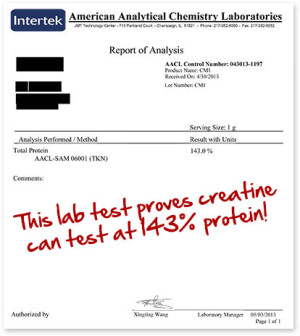 Don’t understand how this could happen? Then click to read our Amino Acid Spiking article.

This is explained in extremely great detail in our popular amino acid spiking article.

How bad? We have absolutely no clue

The ProteinSettlement website has some select legal PDFs for those of you who are interested, but unfortunately, no lab tests have been disclosed showing just how badly Iovate was spiking these powders. We may never know.

We contacted both Iovate (we really only have one contact there, they are notoriously difficult to reach) and the plaintiff’s legal team (Pearson, Simon & Warshaw, LLP) and have received zero response from either side.

Most industry insiders and forum-followers were relatively aware that Phase8 had this situation going on. But it was always on sale and we’d just double-scoop it. However, there are a ton of “regular” consumers who still don’t know about this practice, which is less and less prevalent nowadays, but was awful in the early 2010s.

If you’re one of the customers who’s never heard of this, please read the amino acid spiking article linked above. It’s been read by over half a million readers.

But, the important thing is that the deadline for filing a claim is fast approaching, and you need to file NOW! 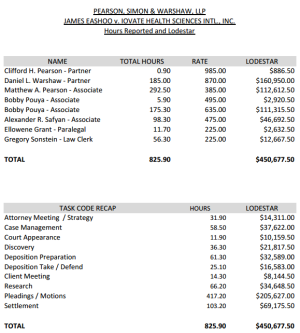 Perhaps the biggest winner in this whole ordeal are the attorneys who litigated the entire settlement. They will make 25% of the 2.5 million (which is paid separately by Iovate and doesn’t come out of ‘our’ settlement fund) plus legal fee costs of up to $15000!!!

In fact, you can see how much they’re charging in one of the PDFs – the primary lawyers are making over $850/hr! This is why you might want to consider law school some day, kids.

But do these lawyers even lift?! They declined to comment.

Since this is a US-only settlement, we have to believe that Canadian lawyers are now licking their chops. We’ll update if we hear anything up north.

Ok, so if this story broke back in November, where the hell is the giant outrage and coverage of this?! Why is nobody talking about this? Nothing in the forums, nothing on social media…

Per the settlement PDF, this was supposed to be reported and advertised all over social media, major media outlets, and also Men’s Health, Men’s Fitness, Muscle & Fitness, Muscle & Fitness Hers, and Flex… but we saw or heard nothing. It does seem that Iovate fulfilled their end of the bargain, though, as they did file a press release at PRNewsWire.[3] 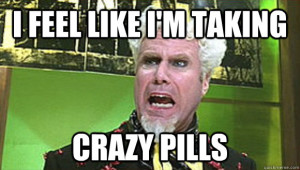 Why is NOBODY talking about this?! Folks we have ONE week to get you and your gym partners $300 back. If you were ever going to share ONE PricePlow post, this is it!!!

Something seems to be “off” here as absolutely NO ONE is talking about this settlement website! This is BIG, but we’ve all failed to realize it!

So if this is your first time reading about this, please share it with your gym bro’s and sisters. Up to $300 is at stake!

This is a big win for the consumer, probably bigger for the attorneys in terms of payouts, when it comes to product accuracy and safety. Companies need to be held accountable for unscrupulous acts like amino spiking and explicitly misleading the public.

We’re just wondering why this didn’t get a lot of play in the news or on the internet. The lack of press Something smells odd here, and we’ll continue to dig. But above all, time is ticking and you need to file NOW or else you’ll miss out on $300!

Hopefully this is a lesson to all those of you looking for cheaper powders to only stick to “trusted” brands that provide 3rd party certification for their products, like those on our Top Protein Powders list!

(Note: interestingly, MuscleTech’s proteins that were not part of the settlement are on our Top 10 list. Is it time to remove them? Is it time to ONLY promote products that have 3rd party full lab tests?!)

We’d like to thank Will for asking about MuscleTech in our amino acid spiking post linked above (see the comments at the bottom). This led Mike to digging around PACER for the documents, which led us to the settlement and to the settlement website. If you saw this post and got money back, thank WILL, not us!!!