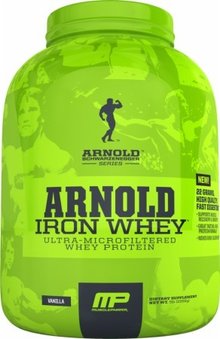 This product has been implicated in quite a bit of scandal. What would Arnold do?

This week, MusclePharm released a lab analysis of their Arnold Schwarzenegger Series Iron Whey protein powder, in response to consumers who were concerned about potential amino acid spiking[1] and allegations from at least one law firm.[2]

The results can be found here.[5]

First, we would like to sincerely thank MusclePharm for stepping up and providing this data to the world. Although their methodology was not what we’d consider perfect execution, it’s a step in the right direction.

This is a long article, so here are the bullet points and important links:

Because of the above points, we don’t feel that this product is worth purchasing unless the price is under $40 / 5lbs.

Thankfully, PricePlow found some specials that are extremely close to that mark for those who aren’t picky:

Why are we here?

If you’re not already familiar with the situation, we urge you to read our article about amino acid spiking.[1]

Definition:
In short, amino acid spiking is when a protein manufacturer adds low-cost free form amino acids (typically taurine, glycine, and/or creatine) to their protein powder in order to boost the amount of protein listed on the nutrition label.

Even though these aminos aren’t real dietary protein, it’s technically legal because of lax FDA guidelines. It is also extremely shrewd of the manufacturers to do so.

MusclePharm received much scrutiny over their Arnold Schwarzenegger Series Iron Whey powder because they list free form amino acids on the label in the Other Ingredients section after the main Protein Matrix:

At this point, consumers in the know were left to wonder, “Is that Amino Matrix calculated in the 22g of protein? If so, how much is in there?”

After enough questions were asked due to the product’s popularity, MusclePharm answered the call by releasing a test through ChromaDex, a trusted lab in Irvine, CA.[6]

However, they may have answered the call too hastily and without thinking everything through, as we’ll see below:

What are the results?

The results yield a mixed bag (mostly positive), but they may all be for naught since proper procedures were not followed:

Note: ChromaDex refused to comment on this article without written consent from the customer.

That wraps up our analysis on the numbers that were given. Now let’s move forward.

Warning: The following two sections are a matter of opinion, and are not based on any scientific fact.

Once again, we thank MusclePharm for opening up the books and paying the bill here. It’s the next step towards a more fair and open industry.

But it’s not yet good enough. Here’s what we want:

Is this the “Arnold of whey proteins”?

Reminder: This section is our opinion, and is not based on any fact.

Let’s be clear with something. Arnold Schwarzenegger is the greatest bodybuilder to have ever lived. As an athlete, movie star, politician, and a philanthropist, he is a true renaissance man of our times.

Although I’m not a bodybuilder, I look up to Arnold in more ways than one. To do one half of one percent of what he has accomplished would be considered a successful life.

So you can imagine the excitement when we learned that he was launching a supplement line, 43 years after winning his first Olympia.

That’s a lot of time to perfect your message, your brand, and find a suitable partner.

And while these supplements aren’t bad, they’re just not what I consider “Arnold good”. They’re not best in class — very much unlike the man himself.

So I’ll say what everyone else has been wanting to say:

This Arnold Supplement Series has been a major disappointment.

I’m not alone in thinking this. One commenter on Facebook stated,“Muscle Pharm dragged Arnold’s name through the dirt with this”.

Regardless of where this saga ends up, this product line is ultimately causing unnecessary drama that Arnold just didn’t need. He was a Republican Governor in California for 6 years – the man’s had more than enough drama!

Honestly, we were hoping for “the Arnold of protein”, and instead we got the Rob Schneider. Not horrible… just a bit annoying on the outside, lacking on the inside, yet still pulls out an occasional hit despite being overpaid. (The occasional hit would be the Iron Mass product. We love its ingredient profile.) 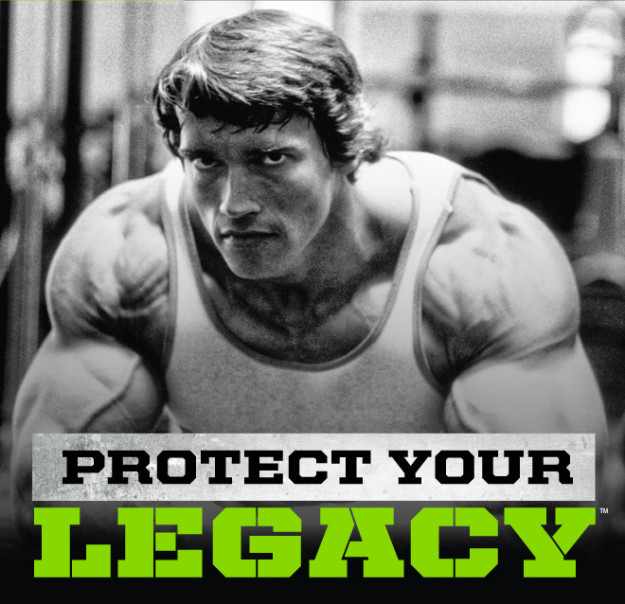 What is our net change here?

This site has so many brands and product lines, I can’t keep track of them all. So when a new one comes out, I have to ask:

Realize, PricePlow is not a retailer. We don’t need to beg for quantity discounts from every brand, meaning we do not have to shill for anyone.

I get to worry about the confused 16 year old kid who wants to start on the defensive line and walks into the store and asks for some protein. How does this work out for him?

Our non-biased frame allows us to ask the above questions.

And ultimately, while I think MusclePharm has been net positive for the industry, the Arnold Series has not.

It didn’t have to be this way

What’s funny is that there is already a proven model out there for producing a “celebrity” supplement line. Look no further than JYM, which is the brainchild of Jim Stoppani. 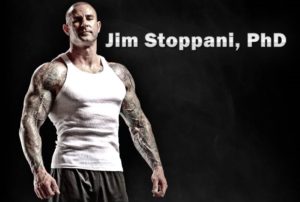 With his supplement line, JYM, Dr. Stoppani is showing how a celebrity brand SHOULD be executed

JYM has proven that users are indeed willing to pay extra – and be happy with it long-term – if you give them a kick ass, open formula, and back it up with science.

I understand that JYM has a different business model (they’re basically built to succeed on Bodybuilding.com), but it works nonetheless. Give people transparency, truth, and the best damned product you can reasonably make without anybody going broke… and the public will happily pay more for it.

Further… JYM’s customers keep coming back for more! Various JYM products have sold out more times than we can count, and his retention rate is through the roof.

But with the Arnold Series, several stores do charge a large markup for it, yet we aren’t getting those same benefits of transparency and quality.

On one hand, we’re happy that we find great clearance prices on Iron Whey — it makes this whole situation feel a lot better. But we’re also unhappy because Arnold’s product here is just not as elite as the man himself. Arnold’s fans are willing to pay more for the name, but they should expect more, too.

A message to Arnold

Arnold, if you’re out there, I personally think you should find a way to get this product line improved before it is involved in any more shenanigans and accusations. Your name and your body of work is just so much better than this. Have your guys call me. I’d love to have a chat.