Apollon Gym is the legendary hardcore gym in Edison, NJ, often called the gym of the “HARDCORE, OLD SCHOOL, EXTREME, NO BULLSHIT” athlete. It’s no surprise that some of the greatest combat athletes have come out of the no-nonsense gym including Robert Samborsky, UFC’s Cory Anderson, and MMA & Muay Thai referee Big Dan Miragliotta. 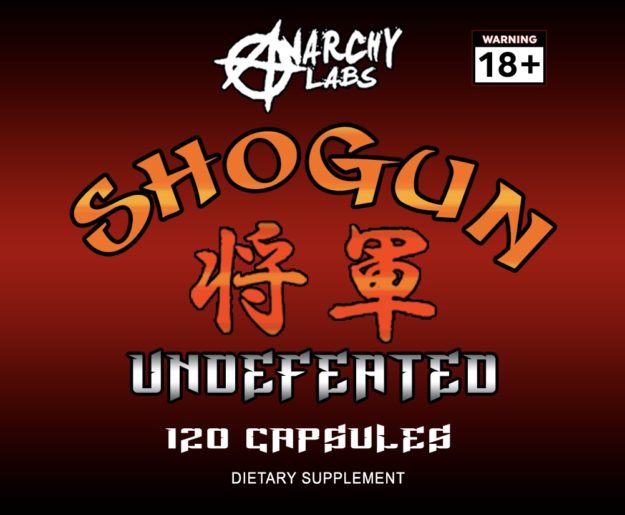 The house brand there at Apollon Gym is the equally hardcore to the bones brand — Anarchy Labs. The brand has a cult-like following among the athletes that train at Apollon Gym and the larger MMA athlete community.

We’ve got more info below on this scorching-hot weight loss supplement, but first check out the deals we’ve scooped up on it!

Get ready to go Undefeated against body fat!

Shogun is a high energy fat burner that revs your metabolism and cranks up the heat on your thermogenic engine. Don’t be surprised if you’re feeling the sweats on this one, folks!

Note: Doses listed below are based on one full serving (i.e. two capsules).

Are you ready to enter the Shogun and shed some fat?

There really aren’t too many DMHA fat burners out there, and the ones that do exist are either powdered drinks or just a bunch of stimulants.

Anarchy Labs Shogun successfully combines potent doses of powerful stimulants alongside proven fat loss agents to create a very intense, and effective, fat loss supplement. A full serving is sure to give many the sweats, and if you take the full daily dose (2 servings) you’ll be seriously feeling the burn even while you sleep.