Will Grier DOPING Scandal: Suspended for SARM Use at Florida

Today, reports are hitting the NCAA College Football airwaves regarding the suspension of Florida QB Will Grier, for testing positive for Ligandrol.[1,2]

While everyone else talks about the football ramifications of this, we’d like to clarify a few things regarding Ligandrol, because the majority of news reports coming out have horrible inaccuracies:

Ligandrol is a SARM, or a Selective Androgen Receptor Modulator.

More importantly, what this really means is that

LIGANDROL IS NOT A SUPPLEMENT! 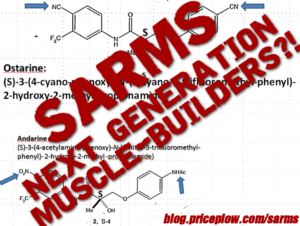 To read more about SARMs (both the good and the bad), click the image. But the major correction here is that these are investigational prescription drugs that have been patented, not supplements.

Any company selling it as a supplement or even as a research chemical is breaking federal patent laws, and likely a dozen FDA regulations as well.

Any newspaper, magazine, or blog reporting this to be a “supplement” is 100% wrong. Ligandrol has absolutely no basis anywhere in the supplement industry.

What happened to Will Grier?

Grier claims to have taken an over-the-counter supplement. We will not state which one is rumored to have been taken, but the situation unfolds in one of two ways:

Point being, in the possible case of #2, then Grier and Florida may have room to appeal the length of this decision, and they should be heavily lawyered-up if that is the case.

But in the case of #1, Grier should take his lumps and eat his punishment. Any players / coaches / trainers who thought SARMs like LGD-4033 were undetectable should guess again. Those days are long gone. In this situation, Florida should have a large investigation to see who is pushing these pharmaceuticals.

One interesting thing to keep in mind is an article originally posted on August 2, 2015, proclaiming that Grier added 42lbs during an unknown timeframe (possibly enrollment).[4]

That article embeds a Tweet from his father, Chad Grier:

Love having the boy @willgrier_ home! Swamp Life has been good to him – weighed 215 today after workout! #ProudDad pic.twitter.com/Kf6MYDkXNj

A backup image of that tweet has been saved here for when it gets taken down.

To learn more about the situation of SARMs, please read our article SARMs: The Controversial Muscle Builders of 2015.

There is a lot more going on behind the scenes, and we will have more updates to come. This has become an epidemic in the supplement industry, and it’s going to make us look horribly bad if we do not self-police the situation and put a stop to it immediately.