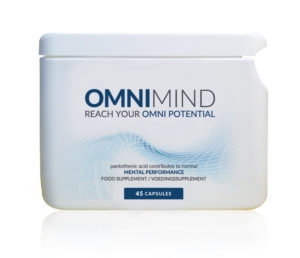 OmniMind is a revolutionary new cognitive enhancement product that aims to increase a concept known as Long Term Potentiation (LTP).

Athletics are usually dominated by those who are bigger, faster, and stronger than the competition. However, to succeed in the business and academic worlds, it’s often those who are the strongest and most productive mentally that take home the big pay day.

Due to this, the use and study of nootropics has exploded in recent years by those looking to get a mental leg up on the competition. Sure, you’ve maybe tried some basic cognitive enhancers, but nothing like what we have in store for you today.

OmniMind takes things to the next level. The magic behind it lies in its ability to enhance long term potentiation (LTP).

LTP is defined as “a persistent strengthening of synapses based on recent patterns of activity.”[1] In layman’s terms you create a long-lasting enhancement of the signal transmission between neurons. This can lead to better all around memory formation, storage, and retrieval.

Where to find it

OmniMind isn’t listed in any PricePlow price comparisons, but you can see it directly on their website at GetOmniMind.com.

But first, read through our ingredient analysis to see the research behind the artichoke extract and other nootropic compounds:

OmniMind’s label is a rarity in the mental productivity booster market. Most times, we see bloated prop blends of varying amalgamations of nootropics and stimulants. Here, however, you have a fully transparent label that details how much of each ingredient is included in each serving.

Additionally, don’t think this is your same old, same old everyday assortment of mental enhancers. There are plenty of familiar faces in OmniMind, but there’s also quite a few surprises as well!

Note: Doses listed below are for 3 capsules (one full serving). 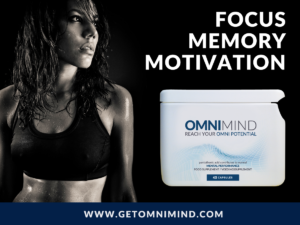 OmniMind is a once-daily regimen. Take three capsules just once per day alongside of breakfast.

Note that there’s 150mg caffeine here, so you may need to ditch the morning coffee routine if you have one – or move down to a small half-cup (say 4oz) just to get the warmth in.

The concept of Long Term Potentiation (LTP) may seem a little far out there for some of you, but as the saying goes, “don’t knock it till you try it.” Artichokes are underrated fat and antioxidant sources, and there’s some pretty interesting research to back it up, so this is something a nootropic fan has to check out at some point!

A quick search on Google shows that LTP is a major topic of discussion on several prominent nootropic-centered websites and message boards.

While it may not give you the powers Bradley Cooper had in Limitless, any means of enhancing your mental processing speed, learning capacity, and memory (both short and long term) should be of interest to everyone. In an era of increasing neurodegenerative mental diseases, all-natural supplements that can counteract any deleterious mental effects of aging is a huge win in our book!

OmniMind is a comprehensive product that enhances all aspects of the brain’s unlimited power, and it’s got a hot new ingredient we want to try. So whether you’re reaching the top levels in sports, academics or business, OmniMind gives you the mental clarity and determined focus to get the job done successfully. One of these supplements you don’t want to share with your direct competition.

Where to find it

You can find it directly on their website at GetOmniMind.com. We’ll see if it ever comes to any of PricePlow’s stores in the meantime.