Joint health is an incredibly understated topic around the supplement industry – especially around sports nutrition – but nothing is more vital to a long, fruitful life of lifting than your joints. Achy knees, bum shoulders, and cranky lower backs can put you out of the gym and transform a perfectly healthy and active individual into an unmotivated sack of potatoes overnight.

ParActin is a patented extract of Andrographis Paniculata proven in human trials to treat inflammation and help heal achy joints.

We’ve stressed the importance of joint support formulas on multiple occasions. Today, we’re going to go a little more in depth into one of the biggest contributors in the formula — ParActin. 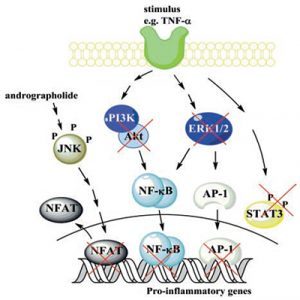 ParActin is a patented extract of Andrographis Paniculata, standardized to Andrographolide, 14-deoxyandrographolide, and Neoandrographolide. Andrographis paniculata (“King of Bitters”) is an annual herbaceous plant cultivated in India, China and Southeastern Asia. The plant has a long history of use across Asia as a staple of Ayurveda and traditional Chinese medicine, where it’s often used for its adaptogenic properties as well as medicinal qualities. But modern research has revealed that the ancient plant is a powerful weapon against joint pain and inflammation.

How Does it Work?

It’s no secret as we get older, our bodies naturally degenerate, and that means joints, ligaments, bones, muscles, and just about everything that makes you “you” gets worse. But, it’s not just the elderly that need to be worried about decreased joint function: young active individuals regularly engaging in high intensity physical activity also subject their bodies to repeated bouts of stress, which over time impacts your joints, muscle tissue, etc. That means even if you’re presently young and virile you should still be proactive against the swelling, inflammation, and discomfort that comes as a by product of lifting weights. 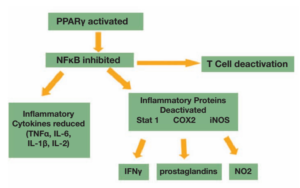 ParActin helps combat the onset of inflammation through PPAR gamma activation. As a PPAR gamma agonist, ParActin essentially “turns off” NF-kB, a protein that switches inflammation on and off in the body by activating various genes. Deactivating NF-kB halts the overexpression of inflammatory cytokines, protein, and enzymes including COX-2, interleukin-2 (IL-2), Prostaglandin 2 (PGE2), and interferon gamma.[1]

So, how does this exactly related to joints?

Research has shown that NF-kB is activated in rheumatoid synovium cells.[2] ParActin has been noted to inhibit NF-kB activity and reduce the DNA binding ability of NF-kB, which results in less COX-2, PGE-2, and IL-2. Additionally, ParActin inhibits NFAT activity, a transcription factor associated with bone erosion,[3] and induces osteoblast mineralization, which may help prevent osteoporosis.

Now let’s take a look at some of the research behind ParActin and see how this translates to real world improvements in health and function.

The dose used in the clinical trials showing effectiveness for improving joint health and function is 300 mg daily.

Conclusion: This one’s worth trying

Far too often, people resort to NSAIDs such as acetaminophen (liver-toxic) or ibuprofen (gut bacteria destroyer) to relieve their pain, but these are often just a temporary fix for the deeper underlying issues causing joint aches and pains, and they bring their own side effects that can eventually become worse than bad joints!

ParActin is an all-natural remedy that combats inflammation, provides relief, and isn’t detrimental to your health with long term use.

If you’re tired of dealing with crummy feeling joints, and want to put ParActin to the test, we’d recommend trying ParActin.

All Blog Posts about ParActin 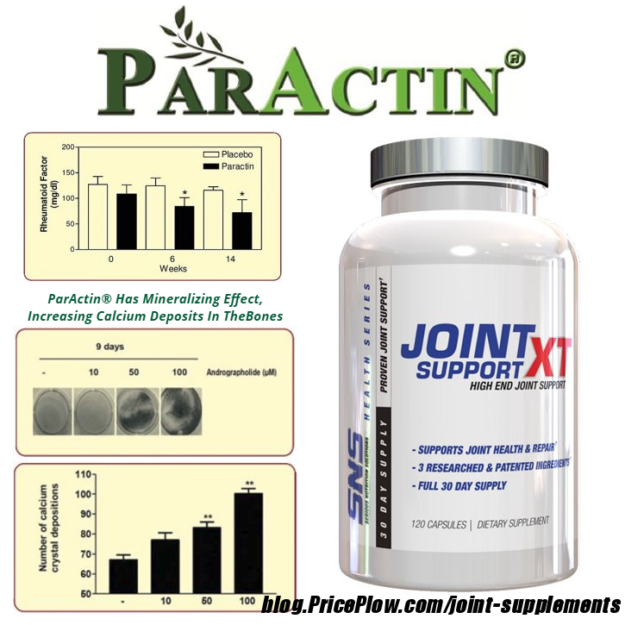 Thanks for reading our article on ParActin!