Supps: The MOVIE. An Interview with Director Alex Ardenti

Update: The movie has now been released! Find it on Amazon! 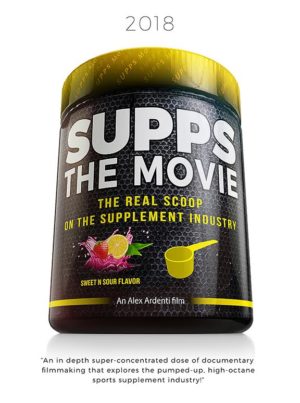 World-renowned bodybuilding photographer and director Alex Ardenti is directing the first feature-length film devoted entirely to the supplement industry in Supps: The Movie. Check out all the info!

The supplement industry is bigger than ever, and the use of dietary supplements has never been greater. We’ve witnessed rapid market expansion the past few years, yet there’s really never been a feature film honestly covering the ins and outs of the industry which we’re all so passionate about it.

Until now that is:

We recently sat down with Alex Ardenti, one of the most prolific bodybuilding photographers and directors in the industry to discuss his history in the industry, his passion for supplements, and what ultimately led to his desire to create a feature-length film about supplements.

If you’re not familiar with Alex, or his work, give his name a quick Google search and you’ll see that he’s one of the biggest and best names in the game. He’s made it his mission to deliver a truthful, unbiased portrayal of the supplement industry spanning its origins to its current state.

The feature film is aptly titled — Supps: The Movie and hits theaters summer 2018 (see the movie’s IMDB page for the current cast, which is growing to this day).

More about SUPPS: The Movie 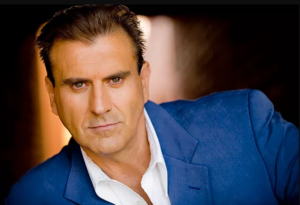 Meet the man behind the film — Alex Ardenti. Bodybuilder, photographer, actor, and director.

Before we get to the interview, here are some important notes about the upcoming feature-length film:

Here’s some highlights from our conversation with Alex: 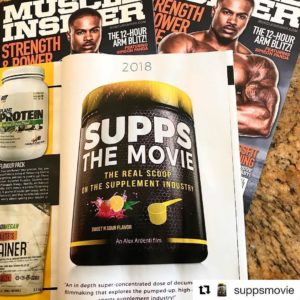 Don’t be surprised if you start seeing ads all over the place in the muscles magazines for Supps: The Movie.

You can check out the IMDB page to see who’s in it – at the time of writing, we have industry celebrities including the following:

Grab your popcorn folks, this will be fun to watch!