2018 Update: The FDA took further action with a “Guidance” Against Concentrated Caffeine, which seemed to be their “final warning”. 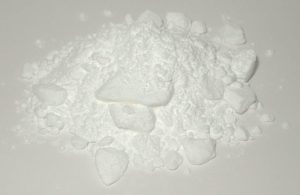 While caffeine is generally thought to be a “safe” stimulant, there is a real risk of overdose. Caffeine’s reputation for safety is based mostly on natural limitations in how much can be present in the coffee, tea, sodas and energy drinks that most people get it from. When you’re dealing with powdered caffeine, however, the game changes.

Just to give a sense of perspective, a fatal dose of caffeine is 5 to 10 grams, while most beverages contain somewhere between 80 (a cup of coffee) to 250 (a can of Rockstar) milligrams. Even if you were intentionally trying to poison yourself, you’d likely be unsuccessful as you’d be unable to take in that much liquid. 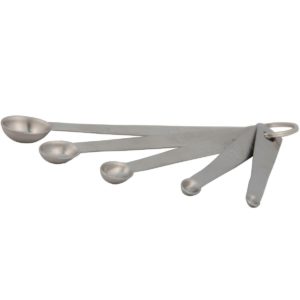 Even if you are trying to be accurate, 1/16 teaspoon of powdered caffeine can still introduce too much error with these kinds of spoons. The only real solution is to use a high-precision scale or to switch back to trusted caffeine pills.

The rising popularity of DIY energy drinks has changed the stakes, however. People are now buying bulk caffeine in the hundreds of grams at a time from various Internet sources. It only takes roughly a heaping teaspoon’s worth of this pure powdered caffeine to put you in the danger zone, and it’s easy to underestimate how dangerous it is when you’re standing there holding a kilo of it and don’t have a very good idea about safe dosage levels.

People who aren’t Darwin Award candidates measure their caffeine before dumping it into their drinks, of course. But many home scales don’t measure in the milligrams, and unsafe symptoms can be triggered with doses of less than even one gram.

And quite unfortunately, powdered caffeine has led to at least one death, drawing it into the FDA’s crosshairs.[2]

FDA On The Case

The FDA’s involvement thus far has been a series of warning letters to various bulk distributors. The common theme of the letters is that the labeling is worded in a way that can be confusing to consumers.

Anytime you see this logo on a PricePlow blog post, you know something bad’s probably happened

For example, in their letter to Smartpowders regarding their 400 gram bulk packs of caffeine, they pointed out that the label includes the information for 1/4 of a teaspoon of their product, which is more than twice the recommended serving size. This may confuse the user into thinking that 1/4 of a teaspoon is one safe serving, when it’s already likely in the jitters / nausea range.[3]

Other warning letters were focused on the labels requiring customers to have sophisticated milligram measuring equipment that they may not have, such as expensive digital scales and tiny measuring spoons.[4,5,6]

Meanwhile, when getting into such doses, it is difficult to accurately and repeatedly measure anything with a 1/16 teaspoon. Even just a little bit of caffeine over the spoon’s edge may cause a measurement that isn’t safely reproducible.

For that reason, the FDA does seem to have merit here – the cons simply seem to outweigh the pros, especially when so many caffeine tablets that are pressed in cGMP-compliant facilities are out there.

What companies were warned?

At this point, it doesn’t seem like there’s going to be a ban or restriction on bulk sales of this stuff — it seems that the FDA wants more clear and straightforward labeling. 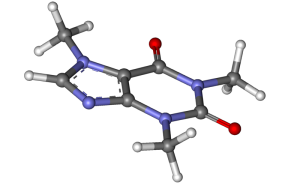 Caffeine is generally safe, but it’s easy to overdose when dealing with powder.

Tolerance and sensitivity to caffeine is a highly variable and individualized thing, and some people experience symptoms with as little as one cup of coffee. But, speaking generally, 400mg is where you start to expect all but the most tolerant to start feeling unpleasant jitters and possibly gastrointestinal disturbances like nausea, gas and vomiting.[1]

Certain groups are also cautioned to restrict their intake to no more than 200mg per day — those with heart conditions, Type 2 diabetes or women who are pregnant or nursing.

Overall, if you’re a fan of powdered caffeine, get it while you can, because it might be going away. But please, use a precision-grade scale – your standard kitchen food scale is not enough for this.