Update: Shaun won the 2020 212 Mr. Olympia! To celebrate, NutraBio launched a Shaun Clarida tub of 100% Whey Isolate and we hosted a podcast interview with Shaun talking about his experiences. Congrats Shaun!

NutraBio is already having a great year, having released two new flavors of Classic Whey in Orange Dream and Pistachio Delight. However, the brand that makes supplements without compromise is not just expanding their supplement line, they’re also adding to their team in a big way! 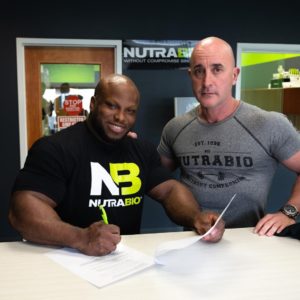 Mark Glazier knows Shaun is a perfect fit for NutraBio, because he they both live life “without compromise”.

PricePlow is honored to announce that IFBB Pro Shaun Clarida has joined Team NutraBio![1] Much like the way NutraBio has disrupted things up for their larger competitors, Shaun is known as “The Giant Killer” due to his picture-perfect symmetry and conditioning take down other bigger and taller competitors. He’s one of top 212 Pro Bodybuilders and hails from New Jersey, NutraBio’s home base, making the duo a perfect match!

11 years ago, Shaun met and worked with Eric Schwartz at another supplement company. Eric was part of NutraBio in 2020, and reunited with Shaun once again. The two remained close friends for years, so it was great to see them together again under one of the best supplement companies in the industry.

“Thank you Eric for the years of support, having my back and always believing in me! I’m grateful yet again for this new opportunity. We’re picking up right where we left off!”

Shaun and NutraBio share the same values and goals, reiterating what a perfect match this is. The Giant Killer has an incredible story detailing how he became an extremely successful bodybuilder. In this post, we’re going to share a glimpse of his journey and why he chose NutraBio over all the other competitors. But before we do that, make sure to sign up to NutraBio news and deal alerts, to keep up with everything they’re doing for this year! 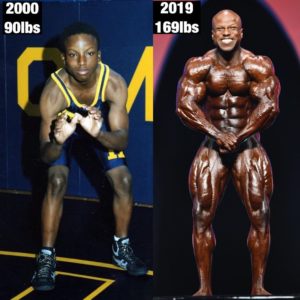 Shaun. “The Giant Killer”, started lifting weights when he joined the wrestling team in high school. Now you can find him on the Olympia Stage!

Shaun quickly became an inspiration for young aspiring bodybuilders due to his determination, hard work, strength, and physique. He started lifting weights when he was a junior in high school after joining the wrestling team. Shaun was never the biggest guy in the room, so in order to be competitive, he decided adding some muscle was his best option. He wrestled at 103lbs in high school, which is hard to believe now that his weight ranges between 175lbs-185lbs, depending on if he’s competing or in the off-season.

Shaun went on to wrestle in college, where he became a lot more serious about hitting the gym and taking in proper nutrition. His college coach wanted him to gain enough mass to compete in the 125lb weight class, and sitting at 110lbs, he had some work to do. He knew what he had to do in order to make that happen, lift heavy weights, and eat plenty of food.

Slowly but surely, Shaun started adding on mass and was approached by a bodybuilder in his gym. The bodybuilder really admired Shaun’s physique and immediately knew he could have a successful career in bodybuilding. Shaun couldn’t believe it at first, but he had a feeling giving bodybuilding a shot was the right choice.

The rest is pretty much history.

Shaun let the bodybuilder coach him, and just three months later he competed in his first show. He placed 3rd at the NPC Mid-Atlantic Championships, and after that, he was hooked! Looking back now, we’re sure that Shaun’s thankful he was convinced to start taking bodybuilding seriously! Because now he’s competing at the highest level and has achieved great success… and an absolutely terrific sponsor. 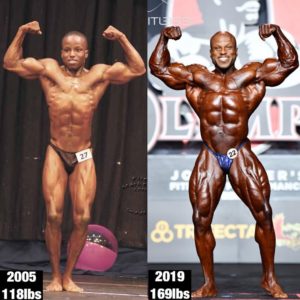 After Shaun’s first bodybuilding competition, he never looked back!

When anyone starts seriously bodybuilding, most aspire to reach the top and become a professional. However, most people don’t realize that it takes an incredible amount of patience, time, planning, and hard work. Very few people have what it takes, but Shaun wasn’t one to settle until he earned his pro card. And he never settled after that either.

After several years of competing, Shaun took first place in the Men’s Open Bantamweight Division at the NPC Nationals in 2012. Shaun has competed in over 48 shows, and with all his experience, he loves helping others improve their health and physique! Shaun isn’t done yet, he’s still hungry for more, and will keep competing. We’re excited to see what he can do next!

Shaun has a long list of accomplishments already, and becoming a NutraBio sponsored athlete is another thing to add! Early into 2020, NutraBio announced another member was joining the team, several people attempted to guess who it would be, but we were all pleasantly surprised when Shaun was revealed!

There seems to be an endless option of supplement companies, so why did Shaun pick NutraBio?

“Teaming up with NutraBio was an easy decision. Aside from having a great team and products, they truly go above and beyond to ensure they’re providing nothing less than the best for their customers.” 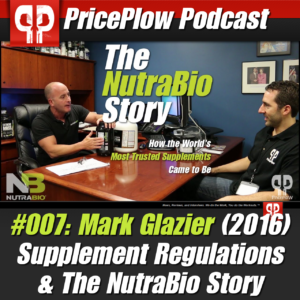 Learn about The NutraBio Story!

NutraBio is one of the most well-respected companies in the industry, because they believe in transparency, quality, and putting the consumer first. NutraBio has been producing supplements “without compromise” since 1996, and Mark Glazier continues to push the company to become better each year. This is detailed in our article titled The NutraBio Story. They’ve been consistently launching new products and flavors, that always impress us. NutraBio exceeds cGMP standards in order to ensure they’re producing the best products possible.

Shaun knows a high quality supplement when he sees one. Every NutraBio supplement he has tried really won him over. He admires how all their products are made in NutraBio’s own GMP/FDA inspected facility and offers 3rd-party lab test results directly to the consumers. NutraBio truly has nothing to hide.

“I’m truly grateful for this amazing opportunity, to be apart of one of the longest running and successful brands on the market!”

This Is Just The Beginning! 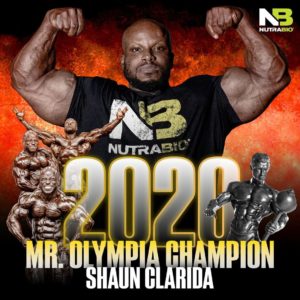 Congrats to NutraBio Athlete, Shaun Clarida, for winning the 212 Mr. Olympia in 2020! Listen to podcast episode #38 with Shaun!

PricePlow is eager to see where this new sponsorship takes both Shaun and NutraBio. They’re a great match and can help so many people by hosting events, creating videos, and spreading the word about proper diet, training, and supplementation. He truly is a perfect fit for the company, since he embodies the same values that NutraBio has of hard work, extreme focus, and living life “without compromise”. PricePlow wants to give a warm welcome to Shaun and congrats on joining Team NutraBio!

Like we mentioned, NutraBio is already having a huge year, and you know they’re just getting started. As always, PricePlow has you covered on the latest news, product releases, reviews, and deals you need to know. Make sure to subscribe so you don’t miss out!