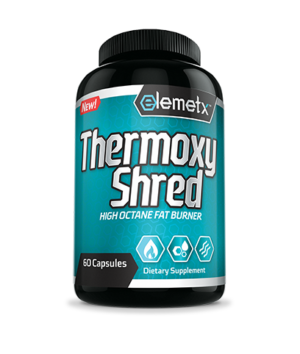 Elemetx is an up and coming Canadian supplement manufacturer that we’ve recently be keeping an eye on as they’ve done some pretty interesting things in regards to supplements. We’ve previously discussed the brand’s performance-boosting pre workout Payload-ATP, which includes some rather unique ingredients for a pre workout.

We’ll get to the breakdown in just a second, but first, take a moment to check the best deal and sign up for alerts from PricePlow:

As we’ve seen with both Payload-ATP and the wonderful-tasting EliteAmine, Elemetx has kept with the fully-disclosed label, something we’re ALWAYS fans of. What they’ve done in ThermoxyShred is craft a fat burner that gives you a great mix of increased energy and potent fat burning to keep you cranking on even the most restrictive of cuts.

Note: Doses listed below are based on 1 capsule (i.e. 1 serving) 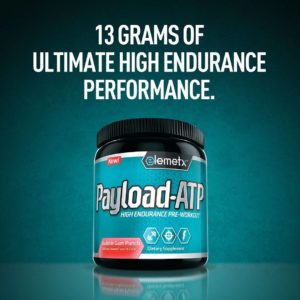 Don’t forget to check out Elemetx’s powerful pre workout Payload-ATP if you need a boost to get up and go hit the weights.

Take one capsule in the morning before breakfast with at least 8 oz. of water. An optional second serving can be taken in the afternoon at least 6 hours after your first serving. Do not exceed 1 capsule in one serving and do not exceed 2 capsules in 24 hours. Do not take within 6 hours before bedtime.

Elemetx continues to deliver both interesting and effective spins on the most popular products in the dietary supplements market. ThermoxyShred is the latest in a slowly expanding line of well-crafted products for the young Canadian brand.

It’s a great yohimbe-free formula for the Canadian market, but we’d expect others to enjoy it as well, since it’s balanced in the middle of the road with no insane stimulants, which many readers prefer outside of our core group of stim-junkies on this site!

They’re off to a very promising start, and it sure will be interesting to see what the brand has up its sleeve in the near future!