Red Bull’s Class Action Lawsuit in 2014: $10 Because It Didn’t Give This Guy Wings 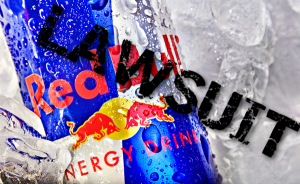 Apparently, Red Bull does not give you wings.

This lawsuit isn’t so much about giving you “wings” as it is about misleading the consumer regarding the energy content. Red Bull consistently made claims that their product gave you more energy than a cup of coffee. Depending on who you ask, that may or may not be true.

Stabbed in the back after an 11 year relationship

January 2002, because that’s how long this Benjamin Careathers character (who is a lawyer[5]) had been drinking the product. After 11 years of patronage, he apparently woke up one day realizing that he had waiting long enough — these wings were just never going to come in.

We’re all for thoroughly reviewing a product, but after 11 years, you should pretty much know what you’re getting. This reads like a bad soap opera episode.

Either way, Careathers’ opportunistic greed is your gain:

How to get paid

Red Bull settled the lawsuit to avoid the cost and distraction of litigation… However, [Red Bull] denies any and all wrongdoing or liability.

Head on over to energydrinksettlement.com/claim and file an online claim by March 2, 2015. Then wait…

Eventually a $10 check may arrive in the mail! You may also request free product in the form of Red Bull or Sugar-Free Red Bull.

Don’t hold your breath – it seems like this will be a long process. According to the settlement’s website, a final approval hearing is going to be held on May 1, 2015. After that, if the $13 million sum is approved, checks will then be sent within 5 months after that (150 days).

This means that from today, it’ll be about a year until you might see that money. But if you feel like you’ve been deceived by Red Bull, then this is your chance for retribution!

The EnergyDrinkSettlement.com site has all of the information you need, including the original court complaints and contact information.

Unfortunately, those little cans of Red Bull do not contain more caffeine than coffee, and the other ingredients don’t necessarily give you more “energy” either, according to the “sources” in the court documents (which includes a New York Times article).[1]

Even though they settled, Red Bull continues to deny any wrongdoing.

They told Bevnet the following:

“Red Bull settled the lawsuit to avoid the cost and distraction of litigation. However, Red Bull maintains that its marketing and labeling have always been truthful and accurate, and denies any and all wrongdoing or liability.” — Red Bull[4]

Only in the US, folks.