$8 Million Worth of Jack3d and OxyELITE Pro… Down the Drain 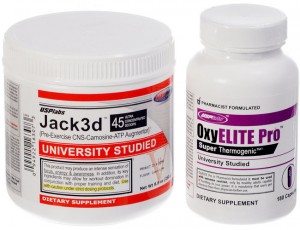 $8M worth… Down the Drain

Earlier this week, the FDA reported that USPLabs has destroyed a whopping $8 million worth of Jack3d and OxyELITE Pro.[1] The pre workout supplement and fat burner are USP’s flagship products, but have been under FDA scrutiny for over a year due to their use of their stimulant content.

The destruction occurred on July 2, 2013 at the company’s warehouse in Dallas, TX, which we can only imagine was a sad, sad day in USPLand.

This comes as a moderate surprise in the never-ending FDA saga – Exactly three months ago, we broke the news that USPLabs was halting production. Apparently, they still had quite the stockpile, which has been selling at the online stores listed on our Jack3d and OxyELITE Pro pages.

It was that decision made months ago — to keep selling what was left in stock — that got USP into its next pot of hot water.[2] The FDA, which disagrees with USPLabs’ stance on the products, issued a detainment order for the products and asked USP to destroy them.

According to the FDA’s regulations,

Administrative detention provides a means through which FDA can hold adulterated or misbranded food and prevent it from reaching the marketplace, thus further enhancing FDA’s ability to ensure the safety of food for U.S. consumers.[3]

Emphasis ours. See source [3] for more information on detainment, which was brought to you courtesy of the Bioterrorism Preparedness and Response Act of 2002.

Get it while you can… 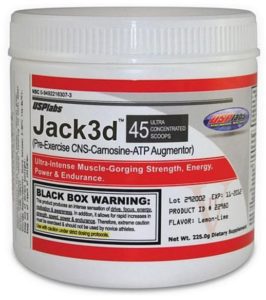 Fans who use it properly – Get it while you can…

While casual consumers have long thought that these products were illegal and unavailable, the opposite is actually the truth.

That said, with $8 million worth of the supplements now off the table, the existing stock will certainly dwindle far faster than expected or hoped. So if you are a fan who follows the label and dosing instructions, now is definitely the time to stock up. Once it’s gone, it’s really gone this time.

GNC has been on USP’s side the entire time, which has brought the ire of the FDA as well. Federal prosecutors procured authorization from two state judges to seize over 3,000 cases worth of Jack3d and OxyELITE products from their warehouses in Pittsburgh and Anderson, SC.[4]

GNC’s spokesman, Greg Miller, believes that their seizure was retaliation for their public backing of USPLabs over the past year:

“Given this situation, it is hard to view this action as anything other than a biased agency action against GNC in retaliation for GNC’s stance on [the stimulant].”

That basically covers the news component of this post. Now it’s time for some subjective analysis and a recap of the situation in whole:

Were the FDA’s actions even legal?

Before I go any further, allow me to note that I am not a lawyer, nor is any employee of mine. We are not affiliated with USPLabs in any way, shape, or form. This site does not physically sell any products, nor do we warehouse or distribute them.

That said, let’s take a look at the following points:

So in the end, it all really comes down to whether or not this stuff is truly natural, and in the FDA’s eyes, there’s never been proof beyond the shadow of a doubt.

It’s just one nasty, long legal case, and this post has probably touched upon 10% of it. It’s all in a very gray area in terms of the laws, and it was getting to the point where it simply wasn’t worth fighting for.

This gray area is the current battleground, and one that USPLabs helped to push.

…But what was USP going to do?

At this point, after this whole mess, it was just time to let go. If USP fought this one, things likely would have gone down like this:

Since USP was done manufacturing the products anyway, it was time to call it a loss. To our knowledge, they had really never been fined much, so let’s consider this $8M destruction their final fine and call it a day.

Fighting in the gray area – Respect to USP 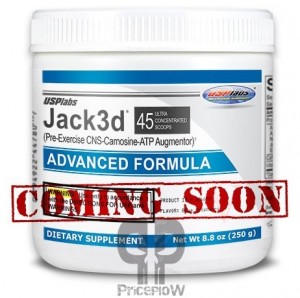 Time to move on… with the Jack3d Advanced Formula!

Many casual fans have claimed USP should have done more to fight the FDA. They certainly could have done this – the detainments can last only 30 days maximum (while authorities determine to press charges or take further actions), which gave them a chance for a final fight.

But what you need to realize is that they were the only company to stand up for their rights (and the industry in general), and went 1000X further than any other company did when the violations came out in spring of 2012. They stepped into what they knew was a gray area, and at least held the line.

They deserve respect for their fight, and have done nothing but take it on the chin in terms of negative mainstream press and lost revenues. In a way, they kept the FDA at bay and forced them to work within the confines of their own laws. This pushback has provided a sort of balance to the ambiguous laws the industry works within.

It kills me to say it, but it is time to let Jack3d and OxyELITE Pro rest in peace.

The good news? The Jack3d Advanced Formula is here, and despite the lack of the stim, it’s pretty good. See our review for more info.