2022 has been an awesome year for Anabolic Warfare. Their Project Muscle series has made some serious waves in the supplement scene, with nearly a dozen premium formulas designed to help consumers bulk, cut, and shred to their heart’s content. 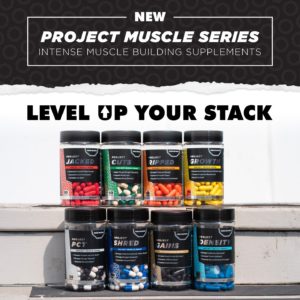 The next wave of warfare is here from Austin, TX based Anabolic Warfare — Project Muscle! Inside we introduce the eleven incredibly unique supplements, and today we’ll focus on the hormonally-minded Project Cuts weight loss supplement.

One of Anabolic Warfare’s major claims to fame this year lies in their pioneering use of phytoecdysteroid newcomer turkesterone, which made an appearance in Project Hulk, Project Gains, and Project Bulk.

We’re also pretty excited to see the classic muscle-synthesis-signaling ingredient, arachidonic acid (AA), make an appearance in Project Jacked, which we hope is the beginning of an AA renaissance.

Although ingredients like turkesterone and AA are awesome anabolic agents, Project Muscle is, contrary to what you might expect from the name, not just about putting on muscle.

Earlier in the year we covered Project Shred, which is designed to help users achieve a lean, shredded look through the use of anti-estrogen and diuretic ingredients, both of which help decrease water retention, thus potentially improving the aesthetic of the user’s physique.

With Project Cuts, another entry in the awesome Project Muscle line, we get a really unique and innovative approach to a weight loss supplement.

The standard approach to formulating a fat burner is to emphasize stimulants and non-shivering thermogenesis to increase basal metabolic rate above baseline, thus accelerating the process of weight loss. 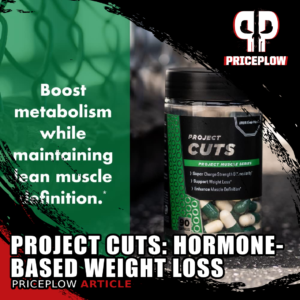 Project Cuts doesn’t do this. While it contains mangiferin, which does have some stimulant properties, the overwhelming emphasis of this formula is on hormonal balance.

We have a ton of aromatase inhibitors which, as we were saying about Project Shred, is going to help improve your appearance by minimizing estrogen production and hence, unnecessary water retention.

But the anti-aromatase activity does more than that: Since aromatase converts testosterone into estrogen,[1] inhibiting aromatase is going to help increase your testosterone levels[2] and offset any potential drop in testosterone production caused by caloric restriction.[3]

Since high testosterone production supports healthy body composition and energy levels, this is ultimately going make your cut way easier to deal with.[4]

As we’ll see in our detailed discussion of the ingredients, estrogen production occurs mostly in subcutaneous fat. So if you’ve got a lot of weight to lose, aromatase activity converting testosterone to estrogen, which predisposes you to weight gain and further exacerbates the aromatase problem, can set up a nasty energy-draining positive feedback loop.

But testosterone and estrogen aren’t the only hormones affected by Project Cuts’ ingredients: We also have some intriguing thyroid hormone support, which is arguably just as important as aromatase inhibition when restricting calories.

We’ll get into that in a minute, but first, let’s check Anabolic Warfare news and deals from PricePlow:

In a single, 3-capsule serving of Project Cuts from Anabolic Warfare, you get the following: 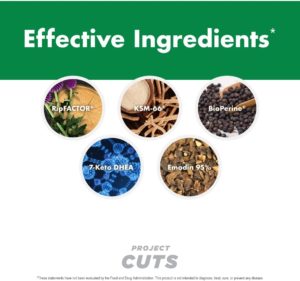 One of the things we’ve noticed about Anabolic Warfare’s approach to supplement formulation is that, instead of throwing the proverbial kitchen sink at the problem, they identify one major factor and go all-out with synergistic ingredients to deal with it.

In this case, the one major factor is aromatase expression, which we think is a great target for a weight loss or fat burning supplement.

Remember, the Anabolic Warfare Project Muscle Series formulas are designed to be stacked with each other, so if there’s some other factor in body composition that you also want to address, be sure to check their catalogue for something that would complement Project Cuts. 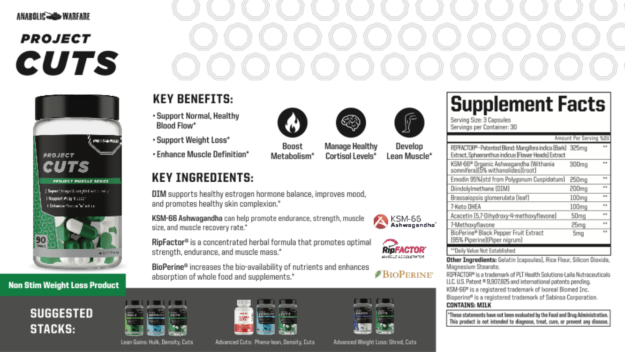