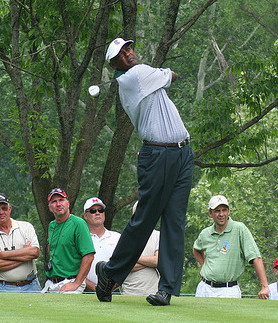 VJ Singh Uses Deer Antler Velvet – But Not the Strongest One. It’s no longer banned, but does it Work or Not?

In an odd little corner of the nutritional supplement world, there’s been a massive amount of drama due to a few professional athletes — most notably golfer Vijay Singh and former football player Ray Lewis — who admitted to using Deer Antler Velvet spray supplements to aid in tissue repair and growth. 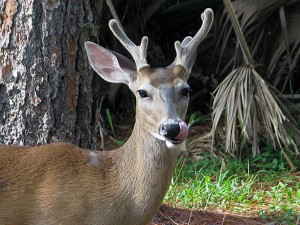 It grows fast… but will that make YOU grow fast?

So when this information was uncovered, and it was discovered that ancient Chinese medicine had also been doing this for “2000 years”, supplement manufacturers sprang into action.

Now, we’re not talking about your standard supplement companies like Cellucor and MusclePharm. Think more along the lines of “Get Rich Quick” / “snake-oil” style companies.

Vijay Singh Gets Roped In

So out came a slew of IGF-1 boosting supplements based on deer antler velvet, including one that Vijay Singh was sold on, and completely admitted to using during an interview with Sports Illustrated.[3]

What Vijay did not know was that Deer Antler Velvet contained IGF-1, which was on WADA’s banned substances list (WADA = World Anti Doping Agency). And while they couldn’t test for his consumption, he admitted to breaking the rules, which constituted an infraction of PGA TOUR rules. 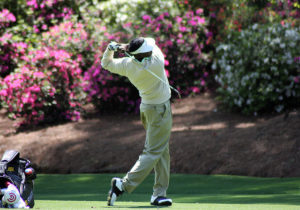 So the PGA Tour “sanctioned” Singh, with a possible suspension to come later. We’re not sure what exactly the punishment of that sanction was.

Meanwhile, some research was done on the products Singh was using, and it turns out that the company, S.W.A.T.S (Sports with Alternatives to Steroids), actually privately labels another company’s product, and then adds a hologram sticker that gets “encoded” with certain radio frequencies that supposedly help with performance.

Such claims of “radiofrequncy tuning” of supplements have absolutely no backing from any reputable scientist, but other athletes, including NFL players, bought in to them over the past 5 years before IGF-1 sprays were banned.[3]

However, when it was noted that WADA had banned a naturally occurring substance that it could not currently test for, it decided to overturn the ban. And the PGA then decided not to penalize Singh, which is what made this week’s news.[4]

It seems like Singh plans to continue using deer velvet antler supplements, so let’s see the science behind this puzzling stuff…

So far, everything here sounds pretty ridiculous, except there might be a touch of research behind it (granted, it’s not the strongest case we’ve ever seen).

First off, we head to nih.gov, which is our favorite source of studies. In a “round-up” of studies, it basically states that human trials have been weak, “but for osteoarthritis the findings may have some promise.”[5]

Then, there’s another study that is not in PubMed, so buyer beware… but it was double-blinded and placebo-controlled and run by C.E. Broeder at several US universities (including Florida, East Tennessee, Idaho and Florida State). 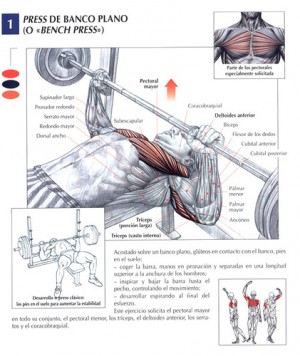 Unfortunately, the one exercise that didn’t significantly improve

In this study, 32 men with at least 4 years of weightlifting experience were given a placebo or New Zealand deer antler velvet for 10 weeks. It was taken orally via capsule, and there was a very high drop-out rate (only 56% of subjects completed – cause for alarm).

So the study ended up with 9 users of each group. The results?

In the antler velvet group, in all three markers of percentage of bodyfat and “total fat weight”, as well as trunk-to-limb fat weight ratio declined significantly or extremely close to significant.

Other findings were that the Deer Antler users gained significantly in terms of VO2 max (by 9.8%) and a better cholesterol ratio.

Of course, we take this with a grain of salt. It’s not on Pubmed, and they were using 1350mg of deer antler velvet, which we have absolutely no clue how strong it was and how well IGF-1 was extracted from it. 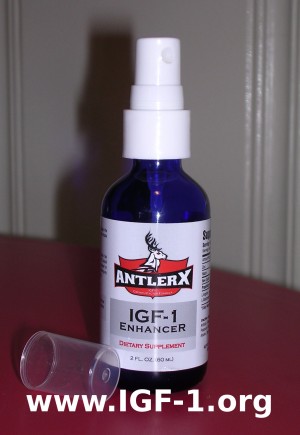 I have actually personally used a deer antler spray — Antler X to be specific. My results were the following:

In short, this behaved just like any other natural growth hormone booster (such as USPLabs PowerFULL, Ronnie Coleman’s Resurrect-PM, or just mega-dosing Mucuna Pruriens and L-Arginine before bed). They all cause these similar effects, and that’s what happens with a bit more GH being produced by your own body. 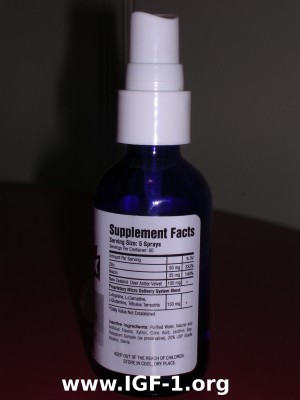 100mg New Zealand Deer Antler Velvet and a small amino support cast. With most other products you can’t even find an ingredient label.

I’m not saying any of these products, especially Antler X, are worth it. I’m not saying they’re the best supplements ever created — because they’re not.

I’m just saying that it’s not 100% BS. For some people, the extra sleep alone makes these products worth exploring. For others who are more desperate (due to injury or weak erections), dumber things could be taken.

Of course, stricter diet and exercise could easily account for better sleep and sex as well, but everyone knows that. You’re either going to eat your vegetables and feel great or you’re not, so that’s basically besides the point.

Back to Vijay Singh and the PGA Tour

In the end, I think that most of this is nonsense. But if I were an athlete performing at an elite level, and deer antler spray was now no longer banned… I would definitely consider trying Antler X.

For everyone else, do whatever you want… but note that eating your leafty vegetables, tons of lean protein and healthy saturated fats, and cutting the grains and soy (get your carbs from yams!) will have far better anabolic effects than spraying stuff under your tongue.

All that said, those erections were kinda fun…

For us, the jury’s still out on supplements like Antler X. Anyone want to run a supplement log to put it to rest once and for all? I’m payin…

This post is about IGF-1 and Deer Antler Velvet supplements. To see the best deal on the strongest one of the bunch, see our Antler X page.