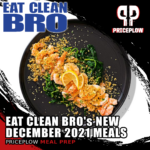 Winter has come sooner than most of us had wanted, but time doesn’t stop for our feelings. Thankfully, Jamie Giovinazzo and his team at Eat Clean Bro were ready, and have a fresh batch of new meals launched in December […]

Posted on December 6, 2021 by Mike Roberto in Food | No Comments 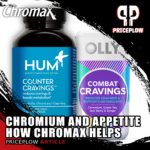 As the obesity epidemic rages on with no end in sight, it’s forced many concerned dieters to take a step back and ask a simple question:

“Why am I always so hungry?”

As is often the case with broad questions, […] 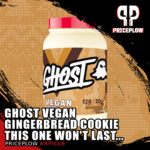 Christmas season is upon us, and in the supplement industry, that of course means limited-edition seasonal flavors! When it comes to festive flavors, nobody does it better than Ghost Lifestyle, who consistently put out some of the most creative and […]

Posted on December 4, 2021 by Mike Roberto in Supplement News | No Comments 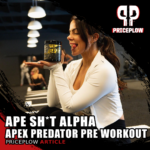 Apex predator: Also known as an alpha predator, is a predator at the top of a food chain, without natural predators of its own.

Posted on December 2, 2021 by Mike Roberto in Supplement News | No Comments 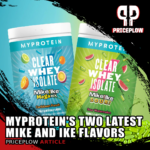 Myprotein is keeping the collab release cadence going strong – alongside a monstrously-dosed post-workout collab with Eddie Hall’s All-in-One Protein, the supplement behemoth is getting back to their favorite product – Clear Whey Isolate – re-igniting another major collaboration […]

Posted on December 1, 2021 by Mike Roberto in Supplement News | No Comments 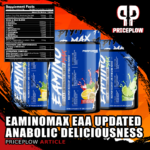 EAminoMax from Performax Labs is an incredible intra-workout supplement designed to help stimulate muscle synthesis with a carefully formulated blend of amino acids, mixed in the precise ratios for optimizing hypertrophy and recovery.

The main selling point of EAminoMax is […]

Posted on November 30, 2021 by Mike Roberto and Nick Andrews in Supplement News | No Comments

STORM Focus: A Nootropic that Disrupts the Norm 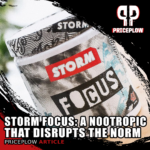 A Storm’s a brewin…

A hot new brand has hit the supplement scene, and in 2021, in a time with few new brands coming to market, that’s a big deal. Their name is Storm, and smashed with an edgy […] 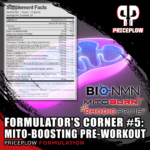 Over the years of running PricePlow, we’ve seen several generations of pre-workout supplements, ranging from insane energy boosters to well-rounded pump supplements to niche-specific muscle-building or fat-burning pre-workouts. We’ve run the gamut, and somewhere along the line, supplements in […]

Posted on November 29, 2021 by Mike Roberto in Formulator's Corner, Supplement Ingredients | No Comments 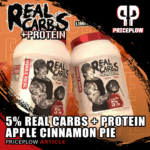 Nobody knows nutrition better than a bodybuilder, and Rich Piana was one of the greatest bodybuilders of all time, so we can learn a lot from his views on food. Although he emphasized that most of your calories should come […]

Posted on November 27, 2021 by Mike Roberto and Nick Andrews in Supplement News | No Comments 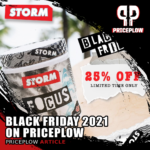 Let’s get to it, this page is broken into two sections: