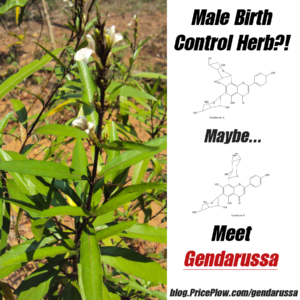 For far too long, the women of our world have been downing all sorts of hormonal concoction to prevent unwanted births. What if there was another way? The societal game-changer of a true male birth control is hard to fathom, but one way or another, it will eventually come.

But what if one option were an herbal supplement?!?! Dare we call it the ultimate “dick herb”?!

Because some Indonesian scientists believe they may have stumbled on an herb that makes a man’s sperm less effective at impregnating the egg! This is real – but it’s not very well-tested – so let’s line up a disclaimer first:

The following article is about an investigational herbal supplement that has not been adequately tested for long-term safety or efficacy. Consider this a brief introduction for the curious, and nothing more.

Under no circumstances do we recommend using this at all, and we definitely do not recommend using it as a method of birth control. We take zero responsibility for your actions.

As always, trust nobody (unless you’re willing to have them in your life forever) and keep it out of the crazies. 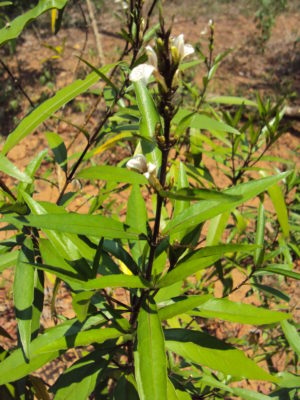 Can this bush stop your boys from penetrating the great wall? The research is wildly interesting, but we’re not sure that’s worth the risk…

Justicia gendarussa, or the willow-leaved justicia, is a shrub with dubious origins. While some claim the shrub originally came from India, evidence exists that suggests that the shrub calls most of Asia home,[1-3] including the island of Papua.[4]

Why do we care about a shrub, you might ask? It has a unique quality: it is under investigation as a form of male birth control.

For generations, tribesmen of Indonesia have chewed the leaves of the plant to keep their wives baby-free. Indonesian scientists eventually noted this herb and analyzed it back in the 1990s, and the birth control ingredient was first isolated in 2009.[4]

If the current data is true, gendarussa interrupts the enzymes involved in the acrosome reaction. By stopping this reaction from taking place, the sperm allegedly cannot penetrate and impregnate the egg.[5]

Not much hormonal change?! Not so fast 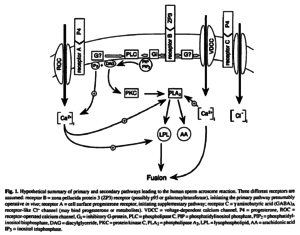 Brucker’s 1995 Proposal of how the Acrosome Reaction works.[5] There are likely far newer theories, but this is how life was theorized to start!

The most interesting part of this proposed mechanism is that some researches claim that there won’t be much hormonal change taking place. The plant likely acts as an enzyme inhibitor of some variety. To refute this, there is some research cited in another study which states that serum testosterone in mice was in fact decreased.[4]

If this decrease turns out to be negligible in humans, men can take gendarussa without worrying about a dip in their anabolic hormones. This would be a huge plus for the lifting community, but note that we’re guessing here. It makes sense intuitively, but nature has no obligation to make sense to us and we don’t understand every pathway out there. 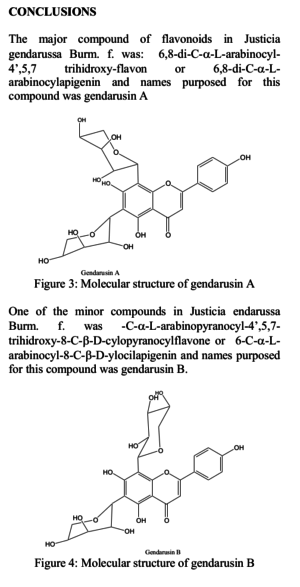 A study identified a major and minor compound in the plant’s leaf material, and named them Gandarusin A and Gandarusin B

A study isolated n-butanol from the leaves, and from there, twelve flavanoids were found.[4] The major compound found was 6,8-di-C-α-L-arabinocyl4’,5,7 trihidroxy-flavon, so to keep things short, the researchers proposed the name gendarusin A.

Similarly, a minor component was found, -C-α-L-arabinopyranocyl-4’,5,7-trihidroxy-8-C-β-D-cylopyranocylflavone, which was then named gendarusin B.

Side effects? Not in the trials so far!

Gendarussa also doesn’t seem to have any serious adverse side effects. A Phase II Clinical trial showed that the herb was pretty well tolerated. Given the massive amounts of side effects attached to female birth control[8] (not including the unpublished ones), gendarussa might be the safest way to stop that baby from flipping your twenties upside down.[6]

The best part is that according to the researchers, it’s an entirely reversible treatment. Males that used gendarussa as a birth control intervention could return to their original fertility within three months of stopping.[6]

Not so fast… does that study even exist?!

Unfortunately, the study cited above[6] is nowhere to be found, and the abstract is only posted on a site that is selling the herb. This is a major red flag.

Red Flag Warning: This study is nowhere to be found, the abstract is only on a site selling the herb, and they did not respond to our requests for commentary. So does the data even exist?

So why should we care?

We can’t yet be the judge of that, we’re just here to highlight some fascinating research that’s coming out, and hope to hear more in the future.

If this gets in the wrong business hands, it’d probably get marketed in less-than-ethical ways, and would probably fly off the shelves at an alarming pace. From what we’re reading, the company studying gendarussa intends to sell it as an over-the-counter product, so you heard it here first. But is that worth the risk? We’re not so sure.

Either way, consider yourself informed. There could be a reversible, safe, easy to acquire birth control solution… but this time, for men. Talk about flipping the script.

The only problem with gendarussa is how uncharted the waters are for its use as a contraceptive. While its benefits like potentially lowering the chance of HIV infection[7] and even its use as an asthma intervention[3] have been documented, there’s been little research on its efficacy as a birth control solution outside of the Indonesian FDA.

In addition, it is important to understand how clinical trials work. A phase two trial is the use of the drug on a limited audience. In this investigation, about three hundred and fifty men took part in the study while only 186 men received the pill itself. They were even told to wear condoms[6] – clearly a serious (but ethical) confound!

If this trial is indeed for real — and we’re not convinced it is — for gendarussa to hit a home run, it will have to clear the hurdle that is a Phase 3 investigation.

The phase 3 is when a company will really drive up the participants. Many a time has a drug that seemed promising in phase 2 just utterly fail during phase 3. When more people take the drug, the incidence of effects obviously will increase as well, and this is one that would need an amazingly high success rate in order to establish any claims.

Did these studies even happen, or is someone just selling snake oil? 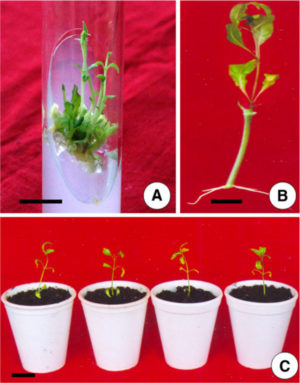 Researchers are toiling around the clock to grow Justicia Gendarussa optimally

Once again, the actual studies themselves are impossible to find. We can only find article titles. We reached out for comment and… silence. So there’s still a chance that this is one massive hoax.

Birth control is an industry titan that relies on female consumers and prescription pads. In the United States alone, 98% of sexually active women have used a birth control in the past few years.[8] Most female birth controls manipulate hormones, which curse users with awful side effects. You only need to look to certain fitness YouTube channels to see what exogenous hormones can do to the hippocampal region…

There’s an outside chance that gendarussa could change all of this. A relatively safe and cheap herbal formulation that is accessible even in areas of healthcare shortages could flip the industry on its head and be a worldwide gamechanger. PricePlow nation knows we’re all about a change of that magnitude.

So we’re rooting for the dick leaf… but we’re not placing any unsafe bets just yet.