Olympus Labs has always been the brand of Demigods that is unafraid to test new natural ingredients to give their users an edge in the gym. They’ve had a run of fantastic pre workouts, fat burners, testosterone optimizers, natural anabolics, amino acids, and more.

But all of those muscle-builders and fat-attackers mean nothing without one thing: protein! 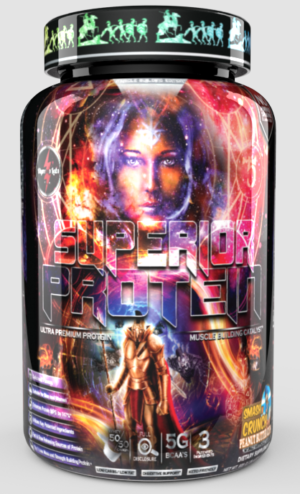 One Demigoddess to rule them all – Olympus Labs Superior Protein sails into new waters with tons of “extras” — both in taste and in profile!

With such exotic and oftentimes aggressive formulas, the team at Mount Olympus knew they couldn’t come out with a plain jane protein powder once they decided to enter this corner of the market. They had to do it their way. And they sure did.

First, let’s re-establish our goals. Despite their unforgettable fat burners in BloodShr3d and Ign1te, Olympus Labs is a muscle-building brand. Knowing that, it was easy for them to know their target: the gainz demographic.

Their protein could chase everything they wanted it to be:

And with that, they formulated Superior Protein, a protein powder that checks the above boxes and more, launching with five rockstar flavors (four of which have tons of cereal pieces inside!) and one of the craziest looking labels we’ve ever laid our eyes upon.

A Protein with a Muscle Building Edition!

It also comes in two versions — a regular one, and a muscle building edition that brings our new GH-booster alongside for a post-workout or pre-bed enhancement!

We have the details below, but first check PricePlow’s coupon-powered prices for the two versions and sign up for Olympus Labs news alerts below:

Mike gives all five flavors a go, and briefly touches upon the ingredients — but that’s for another story. With five flavors you know it’s gonna be a long one, so buckle up:

Let’s do this protein write-up a bit differently, since the product itself is so much different. So let’s start things off with the new and interesting stuff:

Important Note: The PharmaGABA ingredient is *only* in the “Muscle Building Edition” listed above. The “regular” edition has the other two ingredients discussed below:

As can be seen by both of the added ingredients here, along with the casein protein (discussed in the section below) Superior Protein is likely best taken post-workout and/or pre-bed. There are nearly always benefits to protein consumption, but the research on these “bonus” muscle-boosting ingredients has been done in a post-workout setting. 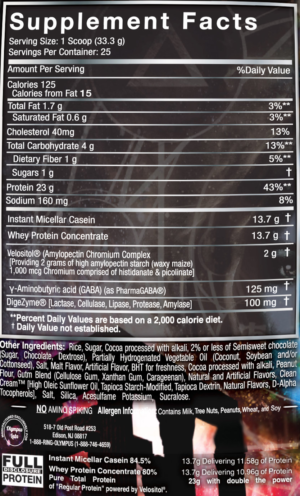 Note that this is the cleanest label of the bunch, since there’s no cereal pieces (inclusions) in the Peanut Butter Chocolate Flavor

The label on the right is for the “Smash n’ Crunch Peanut Butter Cup” (chocolate peanut butter flavor) but that’s the one flavor that doesn’t have cereal bits (known as inclusions on the label, but better known as “Fixins” in my review above).

So the full ranges are below:

Why the carb range?

The carb range is diverse because of those cereal bit inclusions. The most carb-heavy flavor is Mocha Mermaid, which not only has those cereal bits (and they’re kind of awesome – like Cocoa Pebbles), but cocoa itself also adds an extra carb. If you’re looking for lower-carb, you’ll want to stick with the Smash n’ Crunch Peanut Butter Cup, but that flavor doesn’t have the fixins, so the flavors I recommend most are the higher-carb ones.

Point being… this is a product for Olympus Labs Demigods who chase gainz from carbs and generally not ketones!

The protein is fully-disclosed, but you have to find the details on the label since Olympus Labs’ compliance team told them not to put the protein specs within the nutrition facts labels:

We’ve seen 50/50 Casein/Isolate blends, but a 50/50 casein/WPC-80 blend is going to be even thicker, even in 8oz water. We feel that casein is far too underrated and enjoy its addition as a feature part of the product — especially when you can make the “grittiness” at a minimum, which is what Olympus Labs did.

The flavors and fixins’

As if these labels and the ingredient add-ons weren’t interesting enough, now we have the fun add-ons — inclusions as cereal pieces in most of the flavors! Let’s quickly break them down, in order of my favorite to my least favorite: 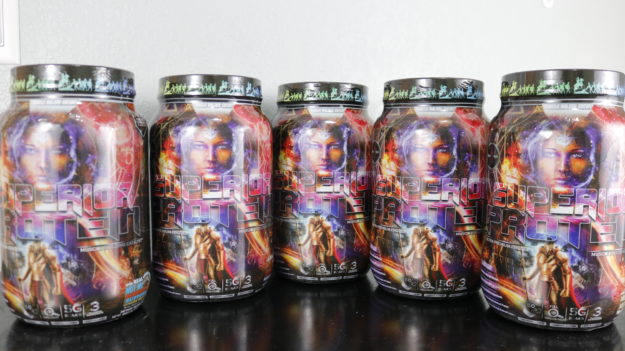 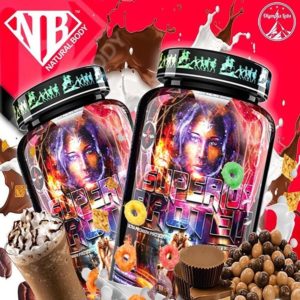 Launching at Natural Body Inc, Superior Protein has everything an Olympus Labs fan would want. Our spoiled selves just ask for cereal in our chocolate peanut butter flavor!!

We’ve seen the review logs out there — Olympus Labs fans don’t fear the carb. They train dirty, and many of them are not afraid to gain dirty either. So when the brand finally decided to make a protein powder, why not throw away all inhibitions and use that to their advantage?

In true Olympus Labs form, they added some new ingredients to attack natural muscle-building and GH-inducing pathways. But they also had some fun with their carbs, and they did it in the form of cereal protein that actually tastes good even without the cereal. But it’s even better with that cereal too.

The biggest point of confusion is which version and which flavor to get — there are better deals if you have budget to try two or all five of them, so that’s one way to go. If you’re looking strictly for post-workout or pre-bed protein, then the PharmaGABA-enhanced version could be worth trying, but there’s added expense there as well.