Olympus Labs has been on an absolute tear in 2018, hitting us with a ton of new stuff, including a pre-workout (I Am Suprem3 Black Magic), two fat burners (BloodShr3d Black Magic and IGNIT3), and two versions of a cereal-filled protein powder (Superior Protein). 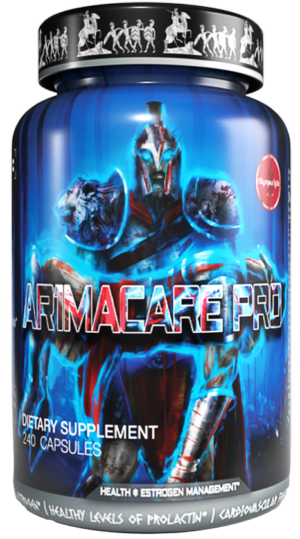 But now it’s time to talk about more “hardcore” matters. They didn’t stop at the above supplements, as they released Luteolin-based Elim1nate estrogen controller, and took that ingredient to upgrade the Sup3r PCT post cycle therapy support supplement.

So we’ve got many bases covered, but what about on cycle therapy? While Olympus Labs has improved the other “aggressively-minded” products above, there was still room for improvement in Ar1macare Pro, their all-encompassing on-cycle therapy support supplement.

While “on-cycle,” you’re feeding your body exogenous hormones and (should be) packing on more mass. These excess hormones shock the body, which is used to a given level of testosterone and hormones unique for each person. It throws the hypothalamic-pituitary-adrenal axis (HPA axis or HTPA axis) out of whack, and also puts additional stress on the liver, kidneys, and cardiovascular system. Is there anything natural you can do to keep your body running as smoothly as possible?

We all know that post-cycle therapy is needed for guys coming off an anabolic cycle (hence Sup3r PCT discussed above, alongside your prescription options). So while you probably have a plan for post-cycle, it’s important not to forget about on-cycle support! You need to make sure your body is as prepared as possible for the pain and gains you bring, and Olympus Labs has got you taken care of. They’ve reformulated Ar1macare Pro to give you the protection you need.

Before getting into just how the newest formulation will help keep your health in check, be sure to sign up for all Olympus Labs alerts and check out PricePlow’s price comparison for the best deals:

Note: The blog post below discusses the new formula released in November of 2018. Look for the 240 capsule product containing the ingredient Luteolin.

The following ingredients come in all eight capsules, but per the instructions below, should be split into two four-capsule doses taken twice per day.

Take four capsules twice daily (generally on opposite ends of the day 12 hours apart, if possible).

Due to all of the heart-healthy nitric oxide boosters inside, it makes sense to try to take one of these doses pre workout, although the label doesn’t specify that.

Don’t forget the On Cycle Therapy, remember the Ar1macare Pro 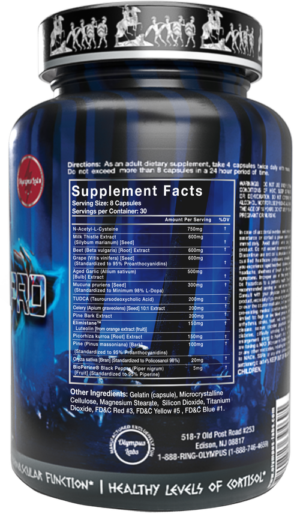 On-cycle support mostly goes unnoticed. Most guys, whether using testosterone boosters or the “more aggressive” stuff, know that they’ll need some post-cycle therapy once coming off-cycle. But, most guys don’t pay attention to what could potentially happen while on cycle, and that’s a big mistake! Why wait until afterwards to start fighting some of the negative hepatic and cardiovascular effects?! 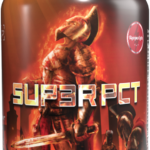 With your on cycle support now covered, next you’ll need to check into some PCT support with Sup3r PCT.

Ar1macare Pro is a supplement ready to maintain your general health while on-cycle, and dare we say anytime. When you raise androgen levels in the body, your body’s organs are thrown into overdrive. They may assume something’s “wrong” as the axis gets out of tilt, and may deplete the important antioxidants in an effort to reach homeostasis. A serious cycle can cause your body to do things like raise cortisol levels, convert testosterone into estrogen, and incubate free radicals. It may even put your organs at risk!

In order to avoid this as much as possible, Olympus Labs has got your back with a kitchen sink. They’ve created an incredible formula that keeps your fine-tuned machine running smoothly, even when you’re chock full of testosterone. Sure, this stuff will help maximize the results. But, more importantly, it’ll help maintain your health!

Note: The blog post above discusses the new formula released in November of 2018. Look for the 240 capsule product containing the ingredient Luteolin.