The New Year is upon us, and what better way to ring in the new year than with some new gains!

Sure, you’ve been using creatine, betaine, and the like for the past few years and seen some solid improvements in strength and muscle mass. However, you’re looking for the next “it” ingredient that will take your gains to the next level.

A little known product was quietly released recently than has some solid research behind it and it all comes in one simple (and inexpensive!) capsule:

Muscle Builder from MuscleTech pinpoints the primary energy driver during your workouts and enhances its very function.

Check out the label below after viewing the best deal and signing up for PricePlow alerts: 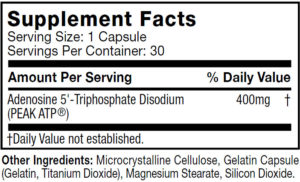 Muscle Builder’s ingredient list is short, but incredibly effective as the only bioavailable form of ATP backed by research to deliver REAL results.

Muscle Builder’s magic all boils down to a single patented ingredient: Peak ATP, adenosine 5′-triphosphate disodium. ATP is a molecule within each cell that is used as a form of “energy currency” to power your metabolism. This synthetic form of ATP was created to boost athletic performance and body composition through enhancing muscular contractions, blood flow, and recovery.

Not quite, the ATP molecule itself isn’t really bioavailable.

Peak ATP is a patented form of ATP encapsulated to improve bioavailability and that’s backed by research proving it delivers a whole host of benefits. PeakATP increase levels of extracellular ATP. Higher of amounts of this lead to greater strength, power, muscle growth, and recovery — all qualities an athlete wants to improve upon.

Three major clinical trials have been conducted so far on PeakATP, all with rather impressive results:

Impressive gains to say the least, but there’s more! 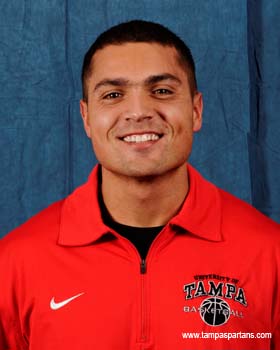 Dr. Jacob Wilson – The man behind the research

The one thing you need to realize in these studies is that the placebo groups were gaining like crazy too.

What does this mean? It means that the studies – especially the Jacobs one – included some intense training in a world-class facility. These guys weren’t coming to the gym and slacking through basic sets of 3x10s. They were seriously getting after it. And that’s why you see great gains, even during placebo.

But, at the same time, statistically significantly better is still just that – better! Peak ATP outperformed, at least under these conditions.

If you’ve been intrigued by PeakATP, but never wanted to drop down the big bucks for MT’s other products, Muscle Builder is your best, and most affordable, option to try this revolutionary compound.

So if you’re going to look into this, it’s not necessarily going to give you magic gains. You’re going to have to work for them. We have no clue what will happen if you are doing boring, basic, lazy workouts that don’t push your limits.

It’s not very often that we come across a natural, and legal, compound that has the research to back up its claims. PeakATP is one of those rare gems that truly delivers on all the hype and hoopla surrounding it.

Whether you’re looking to increase power generation, strength, or overall lean muscle mass, Muscle Builder from MuscleTech is definitely worth a shot if you’ve hit a sticking point and can’t seem to move past it. But you’re gonna have to work for it!