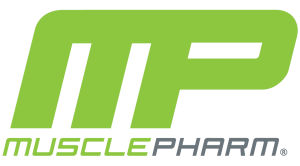 After over a year and a half of turmoil, MusclePharm may finally have the ship headed in the right direction after reaching settlement in the Capstone Nutrition lawsuit and posting a very positive earnings report.

To say it’s been a tumultuous 18 months for MusclePharm would be an understatement. Besides the SEC investigation that culminated with several fines and the departure of two CEOs, the bigger concern is if The Athlete’s Company could weather their ongoing legal situation, which included a couple lawsuits.

Under the helm of new CEO Ryan Drexler, things may finally be heading in the forward direction now that one of the lawsuits has finally been resolved.

We’ve got all the case details down below, but first, take a moment to sign up for PricePlow alerts on MusclePharm product alerts and news:

One of MusclePharm’s primary ingredient suppliers, Capstone Nutrition, filed a lawsuit in a Denver federal court on May 16, 2016 in which they alleged that MusclePharm was in breach of contract as MP had yet to pay for $22.5 million in product it accepted.[1] Capstone was also seeking another $40 million for MusclePharm’s failure to meet minimum volume requirements at a Tennessee production plant, of which Capstone provided $10 million in construction funding.

According to the lawsuit:

”During the course of the parties’ business relationship, MusclePharm has essentially turned Capstone into its bank. MusclePharm ordered product and expected Capstone to manufacture and deliver it, while at the same time ignoring its 60-day payment terms for previously ordered product and falling further and further into debt. Capstone had to repeatedly chase MusclePharm to get it to pay even the smallest amounts of money. Capstone tried to work with MusclePharm for the better part of a year to solve this problem, but the result was MusclePharm’s debt growing out of control, with no plan to get current.”[1]

Capstone further alleged that MusclePharm refused acceptance of certain shipments, which ultimately forced Capstone to liquidate the manufactured goods at a discounted price on its own accord.

If you thought an FDA Audit was bad, try getting audited by the SEC. Here’s one group of Feds MP never hopes to see again!

On June 21, 2016, MusclePharm countered with its own suit against Capstone in which they allege that the ingredient manufacturer essentially overstated its ability to integrate its manufacturing facilities, ultimately leading to Capstone’s inability to deliver adequate product in a timely manner to MusclePharm.[2]

As a result, MusclePharm experienced months of long delivery delays and stale product when it finally was delivered. MP contends this lead to lost customers and damaged goodwill with the public that cost The Athlete’s Company millions of dollars.

Quoting from the countersuit:

“Capstone’s breach of its contractual obligations to timely supply MusclePharm’s requirements significantly damaged MusclePharm. Capstone’s late and short deliveries led to out-of-stocks that cost MusclePharm tens of millions of dollars in sales, as well as lost customers and injury to MusclePharm’s brand.”[2]

”The extended lack of product and slippage of product availability have forced us to address this formally. We still have 48 out of stocks heading into May. This has resulted in our inability to fill 30% of our open lines and reduced our shippable revenue by 20% year to date. We are still unable to get useful updates on products being produced in Utah and are regularly having previously committed availability dates slip. I’m still committed to the relationship and the plan we have discussed but we have exhausted our customer’s patience and need to get caught up in early May as you both previously committed to me.”[2]

As you can see, this was definitely a battle between two scorned lovers that was going to take some finesse in order to settle.

However, a few short months later, the two have finally come to a reasonable exit strategy which leads us to… 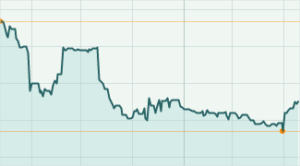 MP’s stock has taken quite a hit over the previous year, will a new set of executives help to correct the trend as we head into 2017?

As part of its recently-issued 2016 3rd Quarter stock earning report[3], MusclePharm announced that it had reached a settlement with Capstone Nutrition, and parent company INI Buyer Inc. Under the terms of the agreement, MusclePharm has agreed to pay INI a sum of $11 million.

Additionally, MusclePharm issued a warrant to INI to purchase 1,289,378 shares of the MP’s stock at a price of $1.83 per share. At the time of the settlement, MP estimated the “aggregate grant date fair market value of the warrant is approximately $1.9 million.”[3]

A few other big takeaways from the extremely positive earnings report show that MusclePharm anticipates recording a gain of approximately $8.9 million during 4Q 2016. Ryan Drexler, MusclePharm’s Interim Chief Executive Officer, President and Chairman of the Board of Directors, said of the recent earnings report:

“We believe that the strong results of the third quarter validate the immense strides we have made in the implementation of our strategic restructuring program. We have turned a corner on our plan to return the Company to profitability and value creation, and anticipate continued improvement in our operating margins and expense structure going forward.”

Maybe things are finally starting to look up for The Athlete’s Company after being mired in the drudges of turmoil and obscurity for the better part of a year and a half. We’ll have to wait and see though as ultimately faith must be restored with the general public, who were the real victims in all of this.

Has MusclePharm found its man?

Keep an eye on this stock ticker. If MSLP can prove to investors that they’re turning it around, you may see this pop. We have no holdings.

In our blog post about the MSLP SEC investigation into their former leaders, we stated that “MusclePharm clearly needs an adult in the room”. We’re beginning to believe that they’ve found their adult — and then some — with interim CEO Ryan Drexler, and it may be time to make him permanent. This is especially true given the positive Q3 earnings report.

…but it will come down to consumers

Covering their legal drama is one major issue – but resurrecting the brand in the eyes of the consumer is the next.

Making amends with the customers who actually buy the products will be the ultimate test for MusclePharm. Yet if this lawsuit settlement and their Q3 earnings report is any indication of the future, we’re not counting these guys out just yet. Keep your eyes on Drexler’s next moves – they will be critical.