Doug Miller, professional bodybuilder turned business builder, started Core Nutritionals back in 2005. The release of their flagship Core MRP kicked off a brand that has gone on to make wave after wave in the supplement industry for 17 years.

Pre-workouts are difficult to get right. They are very feeling-based supplements — and when it comes to stimulant-free pre-workouts, it’s even tougher to get an effect that’ll keep you in the gym and in the zone. 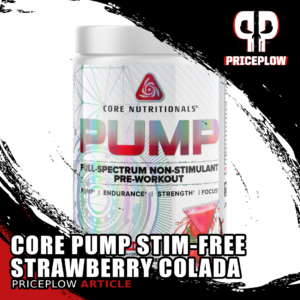 Core Pump is out with a refreshing new flavor: Strawberry Colada!

The aim of Core Pump, a stim-free pre-workout, is to provide all of the workout-boosting effects of stim-based pre-workouts, like awesome pumps and a nice endurance boost, without the actual stimulants and associated effects. With this formula described below, Core delivers, with the added benefit of coming in some truly delicious flavors. Today, we’re getting another new flavor that we can’t wait to throw in our PricePlow shaker cup.

As a stim-free pre-workout, Core Pump doesn’t rely on ingredients like caffeine or alpha yohimbine. Instead, it focuses on creating what Core calls a performance pump. Whereas many non-stim pre-workouts hone in exclusively on just increasing blood flow for that familiar pump feeling, Core decided to go a step further.

Pump was engineered to create that pump feeling with l-citrulline and betaine nitrate, provide an endurance boost with beta alanine and PeakO2, spark cell hydration with glycerol, and increase focus with Alpha GPC. Core Pump is a much bigger product than the average stim-free pre-workout on the market.

We’ve loved every flavor we’ve tried of Core Pump – the most recent one being Sangria. Following in the spirit of mixed drinks for a summertime pool party, Core is out with a new flavor: Strawberry Colada.

While it may not be summer anymore in the northern hemisphere, the southern hemisphere is getting close, and that’s good enough for us. Strawberry Colada just sounds like the perfect flavor for a pre-workout, doesn’t it?

We’re going to dive into a little summary on how Core Pump works, but first, let’s check the PricePlow for some good Core deals:

Core Pump is more interesting than your garden-variety stim-free pre-workout. It’s not only focused on the pump – performance and endurance are equally important. Let’s run through it:

Core Pump – Under the hood 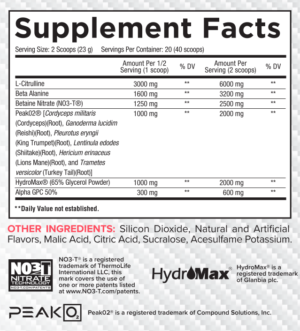 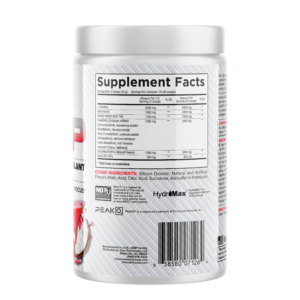 Core Pump also comes in a few other excellent flavors, like Tropic Thunder and Sangria. Check them out!

Every type of supplement has a different set of flavors that just work, based on when and how you use them. A pre-workout that tastes like a rich, chocolatey dessert doesn’t feel as right as a festive, fruity, beachy flavor. It would be difficult to fit that bill better than with strawberry colada.

It’s summertime in the gym 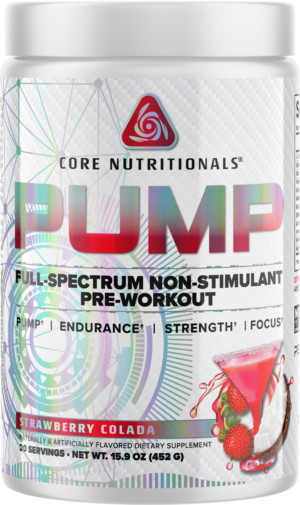 Strawberry and Coconut – A match made in heaven

Pre-workout supplements have a short-term use profile compared to other supplements like creatine or whey protein, meaning users want to notice it quickly and strongly. People want a great workout and they want to feel good during it.

Stimulant pre-workouts contain ingredients like caffeine, that are chosen for their stimulating effects. For many, however, stimulants cause some undesirable effects, like the jitters and even feelings of edginess.

Stim-free pre-workouts, on the other hand, are generally only engineered around one thing: boosting nitric oxide to get that muscle pump feeling. This, too, sometimes feels lacking as non-stims seem as though they are unconcerned with other aspects of performance.

Core Pump does an incredible job of going beyond the pump. And now there’s a great summertime flavor you can use all the time. Because no matter what the weather is like outside, it’s always summer in the gym

Workouts are the time for getting revved up, slamming some iron, and making your muscles pump so hard that they disintegrate your shirt, allowing you to bask in the fluorescent lighting and faint smell of blood. The only thing missing is something to drink. Something sweet, but not too sweet. Something fruity, not chocolatey. Something refreshing. Maybe tropical, even.