Update, July 31, 2013: If you found this article after reading the story in the USA Today, read our response here. It is possible that the information below regarding amphetamines is wrong. Read the rest of this with extreme caution — and consider reading the link above instead.

We have some news – a lawsuit filed in March of 2012 against Driven Sports has been dismissed regarding whether or not there are amphetamines in their epic pre workout supplement, CRAZE.

Check out our video recap of the situation, and see the details under it.

…In Comes the Lawsuit

Patrick Arnold Claims N-Benzyl PEA to be in Craze

Patrick Arnold on the Attack 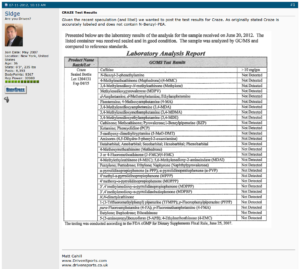 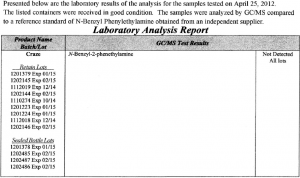 Test Results from All Lots

Why This is GOOD News

Now here’s my two cents to the whole issue. This entire thing turned out incredibly well. I’m sure Driven Sports didn’t enjoy the legal fees, but it proves that the industry is extremely self-policing. When needed, the proper tools are in place (certified labs and legal counsel) for a quality outcome like the one we see here.

Supplements are a well-regulated industry, but there’s often been a lack of enforcement. In the ensuing years after this article was written, the strongest enforcement came from within.

At the end of the day… we have enough regulation. With the helpful community bloggers, forum posters, and certified labs who investigated the madness that went down in this thread, we have everything we need to stay safe. We now have several drug-testing organizations like NSF Certified for Sport, BSCG, and Informed-Choice Informed Sport for those who want the added assurance. Those of us who care know to use new products from new companies at our own risk, and to stick with the trusted ethical few.