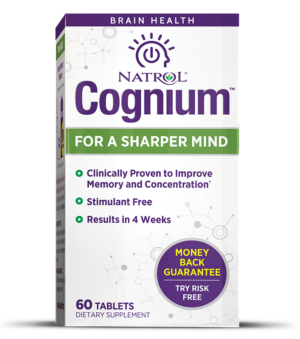 Nootropics come in all shapes and sizes. Some are amino acids, others are herbs, and still others are synthetic drugs (like modafinil, discussed in last week’s edition). But you’ve never encountered a nootropic compound quite like today’s product.

Natrol Cognium is a new single-ingredient nootropic that’s derived from silkworms of all things! And unlike many other nootropics on the market, this one actually has a fairly sizeable amount of research backing it as an effective brain boosting and anti-aging supplement.

You may have seen the ingredient before, but if not, get ready to meet Cera-Q.

We’ve got more info down below, but first, take a moment to check the best deal and sign up for alerts from PricePlow:

Note: You might also see Cera-Q labeled as BF-7, Brain Factor-7, in several of the research studies. Whatever you want to call it, it’s certainly more appealing sounding than “hydrolyzed silkworm cocoon protein”!

As we mentioned up top, Cera-Q has been extensively tested in humans, and so far nine clinical studies have been completed demonstrating significant improvements in memory and cognition after only four weeks of use. But the list of benefits doesn’t end there:

How the Cera-Q in Cognium is Made 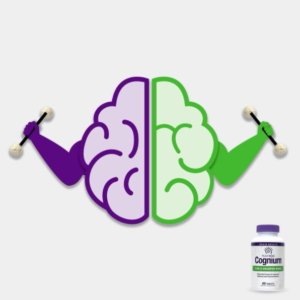 As you can imagine, extracting silkworm cocoon proteins aren’t the easiest things in the world to do. In order to extract the protein, researchers place the silkworm cocoon in a solution of water and a proprietary mix of enzymes to isolate the fibroin protein. The enzymes then break the fibroin protein strands into shorter peptide chains of amino acids.[11] From there, the resulting mixture is dried to remove the water so all you’re left with is the powdered protein.

Who’s ready to start chowing down on some silkworm cocoons?!

Well, maybe you don’t have to go quite that far, but there’s definitely something going on here with Cera-Q, a.k.a. BF-7. Natrol Cognium represents an easy way for those of you intrigued by Cera-Q to get a taste of its effects with no other confounding ingredients like stimulants or other nootropics.