With everything going on in the world today, it’s understandable that you might want to take something to support your immune system.

The question, though, is what? And isn’t a multivitamin enough?

There are so many nutritional supplements on the market that claim to improve immune function, and many of them have gotten so obscure that most of us have never heard of them. How can we really verify the claim that some herb from halfway around the world with not even a dozen studies supporting its use will help us avoid getting sick? 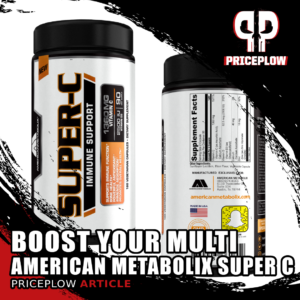 Looking to mega-dose Vitamin C? Not enough C, D, or Zinc in your multi? Then we’ve got a simple but powerful supplement here for you in American Metabolix Super C

For the consumer who’s new to this industry, the problem is especially acute. Where should a supplement beginner start?

Enter Super C from the diet experts at American Metabolix.

The Super C stack is formulated from a handful of generic ingredients that almost everyone has heard of. Everything inside has been studied extensively, is relatively inexpensive, and most importantly, has a great safety profile.

And, of course, each ingredient has one big benefit in common: they all boost immunity.

After covering a bunch of “novel” immune supplements, we had a few readers ask for something slightly more mainstream. Super C is just that supplement — something to improve your multivitamin’s gaps — so we cover it below:

In a single two capsule serving of Super C from American Metabolix, you get the following: 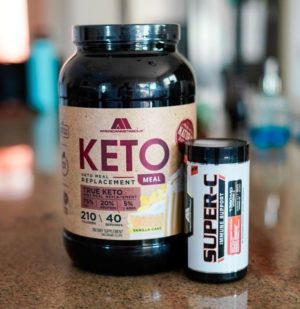 Stay tuned… we have some interesting research on the whole egg used in Keto Meal!

Conclusion: Why take C when you can take Super-C?!

Super C from American Metabolix is an awesome stack for somebody who’s just getting started with nutritional supplementation and wants some heavy-hitter ingredients with proven benefits – low-hanging fruit, if you will. The two-capsule serving size makes taking this supplement super convenient, and every ingredient is provided in the most bioavailable and efficacious form available.

One of the big things that all three ingredients in this product have in common is an immunity-boosting effect, so if you’re looking to avoid getting sick, this is a supplement you should consider taking.

We have more interesting research coming with respect to American Metabolix supplements and ingredients, so stay tuned to PricePlow to learn more below: