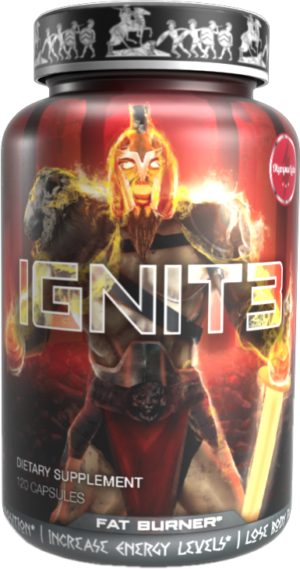 Get ready to Forge Your Fat Burning Destiny – the new Ignit3 is here!

The supplement industry as a whole never stops evolving. Many years ago fat burners basically came in two flavors: stimulants and a mishmash of stimulant free ingredients typically referred to as “Lipotropic Factors.” Nowadays consumers expect more from their fat burners, and the updated formula of Olympus Labs IGNIT3 (pronounced Ignite) delivers just that by attacking fat loss from multiple angles and thus increasing the likelihood of success.

Olympus Labs has shifted, but Ignit3 may still be around!

For those of you that have been following, the brand that asks you to #ForgeYourDestiny has been on a total tear lately. They launched the most unique protein ever in Superior Protein and an estrogen-controller in Elim1nate.

If you’re looking for an “internationally-compliant” formula that’s a bit lower in energy but still has some feel-good stimulants and hits five different fat burning pathways, and are good with getting very heated up, check out IGNIT3 and see how this formula lives up to its name.

But before going further, check out PricePlow’s price comparisons and sign up for our Olympus Labs alerts, since the brand is so busy lately and you won’t want to miss out:

Note: In the price comparisons above, we’re talking about the new 120 capsule bottle.

Now let’s get to the sources cited:

We’ve shifted this label around just a bit so that we can preserve the old IGNIT3’s groupings, as there’s been some carryover from the original formula. The first five ingredients were known as the Brown Fat + Thyroid Modulation + Total PPAR Domination blend, and we think that’s a name worth keeping.

While there are more “exotic” and “aggressive” stimulant-based capsule fat burners on the market, Ignit3 shines for those who want to burn fat without being dopamine-cranked out of their minds all day long. And it’s using ingredients that can be used by everyone worldwide and can be sold at major retailers. 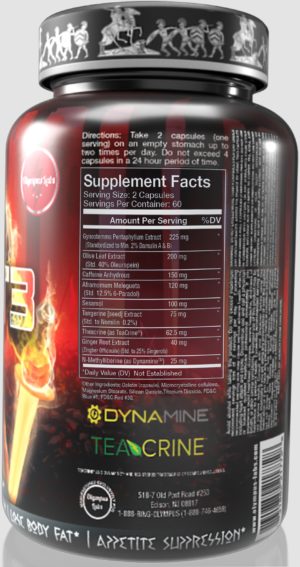 The full back label of the Olympus Labs Ignit3 New Formula

Again, all of the above doses are based on a single serving of two capsules, so you can spread your four capsules around appropriately.

As discussed, the serving sizes are two capsules at a time, and that can be done twice per day. Each two-capsule serving contains 150mg caffeine, but don’t forget about the Dynamine and Theacrine packing extra punch.

With an overall yield of 300mg caffeine per day, this leaves you a bit of room to add a light pre workout, “energy amino”, or even a small cup of coffee elsewhere in your day, but that’s only recommended for advanced users. Reason being, our general safety threshold for caffeine is typically around 400mg per day.

The fat burner category is filled with more junk than truly effective formulas, but leave it to Olympus Labs to set the word straight. IGNIT3 is a shining exception to all that other junk we don’t even bother talking about or reviewing on our YouTube channel.

If you need “exotic stimulants”, you may want to check the old formula of IGNIT3 in the price widget below before it’s gone (it would be listed under 150 capsules), but honestly, this formula makes more sense. It’s a fat burner, not a stimulant-bomb, and Theacrine and Dynamine pick up the slack enough to make a perfect middle-ground that everyone can love. If you’re an extremist who just needs a stim-bomb to wake up, then look for the Olympus Labs Black Magic series of powders instead.

With five targeted lipolytic pathways, this is for serious dieters who don’t need serious caffeine… or still want to have a small cup of coffee or tea in their day. But don’t think the formula’s weak by any standards, there is a lot going on here, and whenever we see both ginger and grains of paradise together, we’re excited for some serious heat.

So here we are with yet another hit — Olympus Labs makes nothing but awesome formulas that are as fun for us to research as they are to take.

Now get ready to get Ignit3d!