With Greg Helton in charge, Nutra Innovations has been on a rampage, as shown by the insanely strong Epitome pre workout and hydrating Essentials EAA supplement. 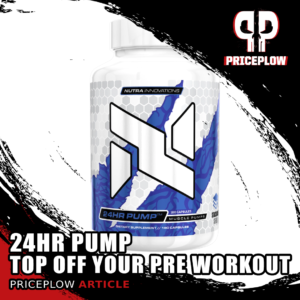 Bet your pre workout doesn’t have two of these ingredients! Get ready to learn about 1-Laurolyl-Glycerol, also known as monolaurin.

While Epitome is fantastically formulated with excessive amounts of pumps and energy, what if you want to take it even further? What ingredients can add even more pumps to the workout, and make them last longer?

Nutra Innovations 24HR Pump is a stimulant-free pre workout supplement pill that adds three ingredients – two of which most likely aren’t in your stim-based pre workout.

This means it can be stacked with nearly anything, or taken solo. In the case of Epitome, if you can’t handle a full scoop, this can help make up for lost pumps… but if you add to a full serving, get ready for the workout of a lifetime!

Below, we discuss this unique, stackable nitric oxide and pre workout pill, and dig into a new ingredient that hasn’t been discussed yet on PricePlow. But first, sign up for our Nutra Innovations news so that you don’t miss out on their next wave of innovation:

The following dosages come when using a full six capsule serving. At 180 capsules per bottle, you can full-dose it through 30 workouts. 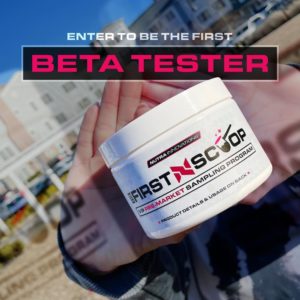 Nutra Innovations is making waves with their First Scoop program!

Too often, we see products in the “nitric oxide pills” category merely add more ingredients that you’re likely already getting elsewhere from your pre workout. Nutra Innovations made sure that this wouldn’t be the case with 24HR Pump, as it’s the first time we’ve ever covered 1-Lauroyl-Glycerol (or monolaurin / glycerol monolaurate). These are ingredients that select athletes can choose to add to the stack, giving options that we haven’t seen before.

We’re fascinated by the research behind MCTs and monolaurin, and think there’s more to this one than the scientific community realizes. Yes, we’re here for the added and lengthened pumps, but if you take 24HR Pump and start feeling a bit healthier and more vibrant, you may want to dive deeper into this one!

Until next time, sign up for our Nutra Innovations news alerts. As you can see from the image to the side, their First Scoop program is up and running, and retailers are getting involved in their product development with early feedback to make sure everything is on point!