An action-packed “energy amino” supplement with tons of EAAs, tons of versatility, and an amazing price point?! That’s why it’s THE Amino Boost from Myprotein.

Myprotein is here on PricePlow, and they do a whole lot more than just protein!

As the sports nutrition industry has grown, so has PricePlow. We take feedback seriously, and lately we’ve been told “You guys need to cover more international brands!” While we’re an American company in a very US-centric industry, fact is, there’s a ton of other brands out there. And one of them brings us the best of both worlds: a European brand that’s been bringing their ultra high quality supplements to the shores of America. 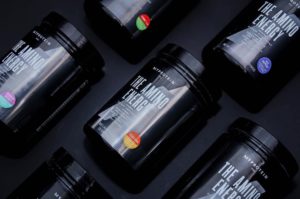 PricePlow Nation, meet Myprotein. They don’t just have an Amino Boost supplement, they have THE Amino Boost.

That company is Myprotein, a company founded in 2004 and has been Europe’s #1 nutritional supplement manufacturer. They operate in over 70 countries, driving innovation and ambition world-wide. And finally, we’re getting a chance to see why they’re so good at what they do.

Run by The Hut Group, Myprotein has become an overseas household brand for all things protein powder related. Many lifters that recognize the famous Impact Whey even over staples like Gold Standard in some parts of the world. However, the brand provides much more product variety than most realize.

Myprotein’s The Amino Boost is a perfect example. We’ll tell you why below, but first, let’s kick things off by showing off the stellar prices through PricePlow:

Intro to The Amino Boost 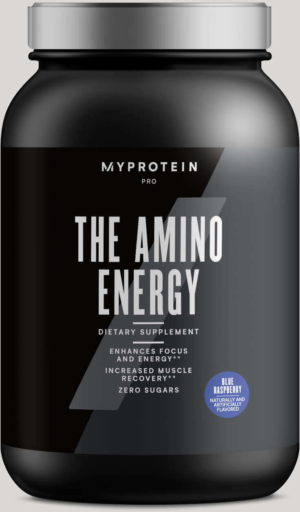 THE Amino Boost brings a ton of EAAs, but also some conditionals like citrulline, arginine, glutamine, and of course 100mg caffeine! But don’t miss the 200mg L-Theanine!

While the food and fitness markets are largely the Wild West of capitalism, there are a few general commandments that always hold true. The Amino Boost plays to the law that there will always be a market for high-quality boost drinks. It only makes sense for a massive company like Myprotein to jump on board – but do it their way – with amino acids.

The Amino Boost is ambitious, as it combines three different product archetypes. It can be used as a “mild” pre workout — perhaps for evening sessions where you want some caffeine but not too much. It can be used as a “nitrogen balance boosting” amino acid supplement for an afternoon pick-me-up. And it can even be used as an intra-workout supplement during training, although isn’t fully marketed for that. Where we love it most is with affordability and versatility. In the realm of “energy aminos”, it’s a jack of all trades.

Myprotein is also very intelligent with the marketing of this product. The Amino Boost comes in over five flavors and maintains an “end-all-be-all’ image. This is brilliant marketing, as there is a good chance that people on a diet will spring for a BCAA for flavor alone and stumble upon this product. Hey, some amino acids and caffeine with nearly any flavor you can think of is an incredible soda replacement, especially between meals! 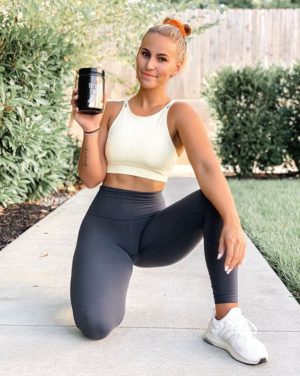 In our THE Amino Boost Review, you’ll see how much we love Gummy Fish and Peach Rings especially!!

While reviewing every flavor of this product would be a snore, you can leave this review knowing that your tastebuds will probably like at least one offering. For our comrades fighting the war against health-deleterious ingredients, some flavors do contain artificial coloring, flavoring, and soy.

One thing we’ll need to note during reviews is that this powder is fluffy! But it mixes quite well because of that, and is likely to stay very shelf-stable when the competition will end up in clumps.

When we started covering Myprotein, you probably imagined a protein powder. Well almost, but not exactly. As you’ll see over time, this brand can do it all, from protein to functional foods to energy. And here we get a really solid mix of everything.

Myprotein is here on PricePlow, and they do a whole lot more than just protein!

The Amino Boost is a super-solid, and great-tasting foray into the “energy aminos” category. Gone are the days of awful proprietary blends fronted by glutamine and taurine. While we do have those ingredients, we don’t have to hide behind them here, so kudos to Myprotein for putting out a quality EAA-based energy amino.

Thanks to Myprotein’s reach, The Amino Boost can be found almost anywhere, it gets the job done for energy and keeping your bloodstream enriched with aminos, and it “improves the wheel” but doesn’t reinvent it.

If you find yourself wanting both a snack and some caffeine during the next 3PM lull, perhaps its time to get an EAA-based beverage with caffeine like The Amino Boost instead of some nasty energy drink without the added benefits.