PricePlow is EXPANDING into the Online Meat & Grass-Fed Beef Industry

Note: The following announcement can also be followed in the video below:

Hi PricePlow Nation — Mike here, founder of PricePlow. Before we begin, I’d like to say thanks to all of our regular viewers, supporters, and commenters. You’re the ones that keep us going!

The beginnings of PricePlow and a Personal Story 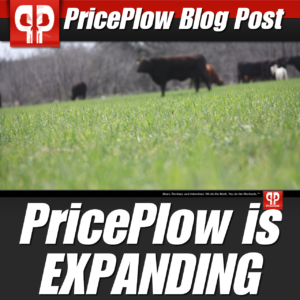 This is expansion not abandonment… get ready for beef deals! Image courtesy The Provision House and 2S Ranch

I came up with the idea of PricePlow around 2002, when I was playing Water Polo at Ohio State and was looking for a cheaper tub of 100% Whey Protein, just trying to save a dollar while in college. Sadly, it wasn’t until 2007 when I actually kicked the project off, and we launched in 2008.

After many lessons learned, we did a major relaunch in 2013, which was the beginning of the site you see on PricePlow.com today, and we’ve added many features since then.

It’s been nearly two decades since that initial idea, and that’s quite a long time to focus on the same industry with the same products and the same consumers. Consumers who I absolutely love, but if you haven’t noticed, I’ve kind of surpassed in age…

Along this journey, I’ve gone through three major dietary changes. They’re all low-carb centric, but as you’re probably seeing, I’m not necessarily against carbs. More importantly, I’m very pro something else, and always open to testing new things.

I caught on to paleo pretty early in 2009, thanks to Mark Sisson (specifically this post on insulin resistance). I truly believed he saved my life, as I was heading down a bad path before finding the Primal Blueprint and could no longer “swim my way out of a bad diet”.

Then in 2017, I went keto, literally for the sake of testing all of these keto supplements. Unlike many who go for the weight loss and appetite control, I found the clean energy and mental clarity to be the best part. This is subject for another video coming very soon, but I also made many great mistakes, and felt that very few people had really nailed this diet at that time.

In late 2017, Jill and I also had our lovely daughter. What’s crazy is that she actually taught me the best nutritional lesson of them all!

Ultimately, I realized that this is something I have to get into.
And I’m bringing my business with it.

One day towards the end of 2018, when she was only 11 months old, I realized something completely embarrassing: she had eaten more beef than me that day. We had dealt with quite a few food sensitivities for her, but once she could begin eating real food — and real red meat — so many of our problems seemed to go away. In the matter of months, she went from being undersized to a tall, thriving, and way too intelligent kid for her age.

Finally putting the pieces of this puzzle together, I realized what I had been missing. I began eating more meat. A lot more meat. And within months, I had more changes to my physique, mindset, strength, and overall mood than I had had in a decade – nearly as impactful as when I made thaFoodt initial shift to a low-carb, grain-free, paleo lifestyle. At the age of 37, after running a near-carnivore diet, I clocked a higher total testosterone than I’ve ever measured before – and we’ll have much more information on that to come in my personal journey side of things.

I’ve been exploring various diets, looking at their strengths and weaknesses, and have come to understand the simple fact that the more you work on your diet, the less you need to rely on supplements. I realized that, for as much as I love some supplements, far less of them are needed when you eat large amounts of quality beef.

Ultimately, I realized that this is something I have to get into. And I’m bringing my business with it.

So I am very, very proud to announce that PricePlow is expanding, and we are entering the online meat market. It is my plan to do the same thing for meat, eggs, and fish that we did for supplements. Many in the community have heard about #MeatHeals, but now it’s time for #MeatDeals. 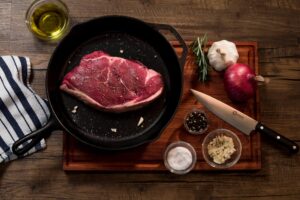 Image courtesy The Provision House, one of the sites being added to the system

Behind the scenes, we’ve been working incredibly hard to segment the site and get the technology working right. So if you want a supplement deal, you don’t get hit with a meat deal, and vice versa. We’re still working out the details, but there’s going to be a whole lot of new content on the platform, and I do intend to keep it on a single YouTube channel, although I’ll likely move much of my meat stuff and personal diet and blood testing journey to @priceplowmike on Instagram.

We’re going to re-ignite the podcast, and possibly start a second one, although I’d rather have it all stay together, with a focus on performance optimization and strategies to combat against being generally sick, tired, weak, or sick and tired of being weak… and sometimes I lump myself in that category. Food

I want to go on the record and state that I’m not going to join this rageful war against veganism. I’m willing to test a lot of things, I’m actually quite pro-pescetarian, and I know several healthy vegans who get there through smart supplementation. There’s nothing wrong with that. I also understand that many vegans are attempting to do the same thing I am trying to do for myself and my family: we are working to protect ourselves from what’s literally become a poisoned food supply. I support that effort.

But long story short, at the end of the day, PricePlow.com/meat is happening, as is of course PricePlow.com/beef. I am approaching this from a health standpoint, but there will videos of me cooking steaks here, explaining the truth of the situation and where the real dangers are. There will be new partners and new guests brought on. I will be testing a true carnivore diet and posting my blood tests results. I will be doing things such as analyzing a month of nothing but grass-fed grass-finished beef against a month of nothing but the cheap stuff.

What about the Supplement Side of PricePlow?

So, that may leave you to wonder, what’s going to happen with supplements? Is PricePlow moving on?

The answer is no way! Absolutely not!

This is what we do, and we still love the industry, believe in so many of the ingredients, the brands, the friends we’ve made, and love the delicious proteins, pre workouts, amino acids, and thermogenics. Yet at the same time, I need to look at the future and realize that I probably don’t want to be 45 years old reviewing exotic pFoodre workout supplements!

This is expansion, not abandonment

Protein is king at PricePlow. All kinds of protein!

So, we’re not moving away. We’re expanding. And in the future, we’re going to do things even better than ever before.

But the next question is, if Mike is going to be working on meat-related items, how can we pick up the supplement slack?

Until then, get ready. You can sign up for alerts on PricePlow.com/meat, but we still have a ton of stores to add and many new products — or cuts of steak — to get into the system.

As always, thanks for watching, thanks for your support, and see you at the grill. You’re going to want to see what comes next here.

Update: It has been announced! Meet Ben Kane!