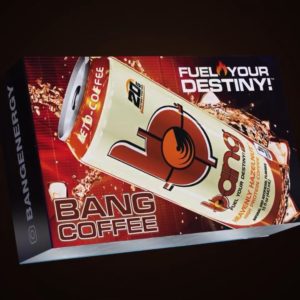 Bang Energy continues to push the envelope in 2018 with more spin-offs of their flagship energy drink. The company is now most well-known energy drink, and then they made a stim-free variety, next came Bang Energy Shots (to be covered here soon), and now they’re set to release a keto-friendly Coffee. Bang Keto-Coffee is a different breed compared to the regular energy drink by integrating complex modifications to make it a protein and C8 MCT Oil fat-enhanced ready-to-drink coffee beverage.

This isn’t VPX’s first go-round with Keto, as we were incredibly impressed with their Meltdown Keto drinks, which we were impressed with, especially since they chose to include potassium BHB (read why we’re such fans of extra potassium on the keto diet to understand why).

“This will be the next big thing from Bang Energy. Consumers are looking for keto-friendly options, however there hadn’t been any keto friendly coffee RTDs. The biggest issue is the RTD’s are filled with excessive sugars and do not have adequate protein and fat.” 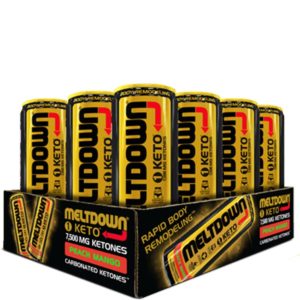 Don’t sleep on Meltdown Keto either!

Note: The VPX owner has stated research has shown that 300mg of caffeine enhances ketosis by 116%.

VPX Sports doesn’t yet have an exact date on when the Bang Keto-Coffee will launch, but the estimated arrival is shortly after the new year in 2019.

So far we’re expecting three flavors at the debut:

But you know that if this is successful, there will likely be more (Irish Cream? French Vanilla? Blueberry Muffin anybody?!)

We’ve seen Keto Coffee Creamers from the likes of Sparta Nutrition, but a pro-keto coffee drink right from the fridge? That’s some next-level stuff there.

Meanwhile, the company is so hot that they’re in their third round of lawsuits from Monster Energy, who clearly dislikes the new kid on the block. Listen to lawyer Jay Manfre discuss the Monster Energy vs. Bang lawsuit, and the “low blows” displayed by Monster in their complaint.

Bang Energy alerts on PricePlow are always hopping, especially since they release new flavors every day. You will not want to let your eyes falter when the best deals and coupons for Bang hit the market.