The human body truly is an incredible apparatus – we are capable of doing so many different things, thanks to the presence of extremely complex neuronic connections and musculature. Without the necessary internal gears working in the correct manner, our bodies would simply do what all poorly-constructed machines do – break!

For athletes, making sure our inner-workings are fine-tuned is imperative. Exercise puts extreme stress on both the central nervous system and joints. When we don’t take care of them, we put ourselves at risk of incurring serious injuries. 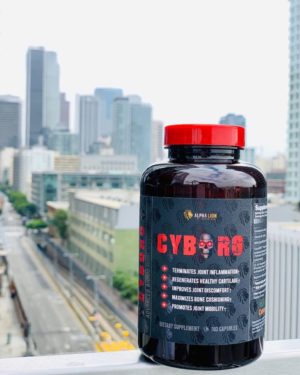 Introducing Alpha Lion Cyborg: For Joints as Strong as a Machine

That’s considerably easier said than done, as ailments like chronic elbow/knee pain hinder a serious number of us, obviously putting a damper on our training. In order to help stave off these pains, we’re excited to introduce you to Alpha Lion Cyborg! Designed to optimize joint health, Cyborg provides all the things you need to keep your joints happy, which in turn keeps your body running like the well-oiled machine it’s supposed to be!

In this post, we’ll tell you all you need to know about Cyborg – its ingredients, its benefits, and the people behind this awesome formula! Before we get to it, be sure you’re subscribed for deal and news alerts from PricePlow – we’ll help you get some great deals on great supplements, such as the industry-leading products from Alpha Lion!

While it won’t turn you into a borderline-invincible, crime-fighting robot, Cyborg will give you the things you need to (sometimes) move like one! Giving your joints the fuel they need to stay healthy is crucial to staying active, staying healthy, and ultimately staying happy!

Cyborg is loaded with some of the best, most effective joint health ingredients on the market, each of which serves a specific purpose towards achieving the goal of better joints. In turn, the combination of these things create an incredibly synergistic label, providing a full spectrum of the things you should be looking for in a joint supplement.

Elbow pain, knee pain, heck, even back pain beware – Cyborg is coming for you!

Built to fuel a bionic machine, Cyborg packs quite the joint health-promoting punch. Here’s what each six-capsule serving delivers: 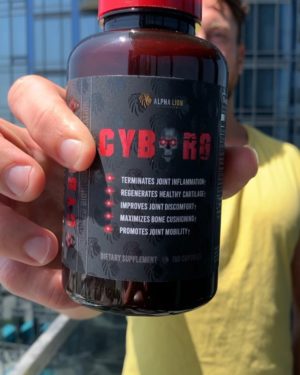 “Feel like a bionic machine with Cyborg ™️ – your all day defense against an athletes worst enemy: Skeletal system breakdown”

In order to reap maximum benefits, Alpha Lion suggests a specific manner of taking this product. While each serving of Cyborg is six capsules, you don’t necessarily have to take it all at once. Alpha Lion suggests either taking a full serving together, or take 2 separate three-capsule servings a day – for instance, taking three capsules in the morning, and three at night!

Regardless of how you go about it, just be sure that you take Cyborg in conjunction with food! This ensures that the body will be ready to fully digest and absorb these joint-aiding ingredients, and will be able to put them to work!

Alpha Lion is staking its claim as an industry alpha

Coming out of the gate firing on all cylinders, Alpha Lion simply hasn’t slowed down in 2019. Relatively new to the supplement industry, this brand wasn’t going to let a lack of existing reputation scare them – they were going to earn their reputation through building their brand and gaining customers, all while blowing the competition out of the water! 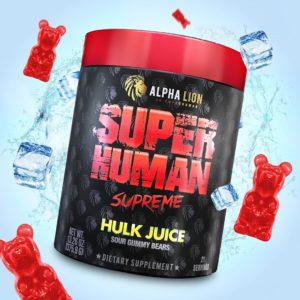 Alpha Lion SuperHuman Supreme is one of our favorite hardcore pre-workouts, and is a noteworthy feature in Alpha Lion’s loaded supplement arsenal!

In recent months, they’ve put out some insane products – their pre-workout, SuperHuman, provides a workout experience like no other. To take things up a notch, they made it even more extreme by releasing SuperHuman Supreme, which, in addition to having a loaded formula comes in awesome flavors like “Hulk Juice” and “Patriotic Pineapple”. Oh yeah, they’ve also hit us with the aptly-named G.O.A.T.EIN, an extremely effective protein powder that includes other impactful ingredients other powders don’t. Now, we have Cyborg, an incredibly well-formulated joint supplement that puts others to shame

Lions have long been referred to as “the king of the jungle”. They’re the alphas of their environment – they make the rules, set the standards, and run the show. We’re not saying Alpha Lion has achieved that status in the supplement industry yet, but man, they are working their way there!

A bit of inspiration from JCVD himself?

We haven’t confirmed where the name of this supplement came from, but we’d be robbing you of some epic entertainment if we didn’t at least mention where we think it comes from:

We can’t guarantee this supplement will have you painlessly doing the splits, but regardless, that right there is some peak 80s!

Aches and pains come for the best of us – they’re practically unavoidable, especially when you’re training hard in the gym. Whether its a bicep curl-induced elbow strain, or a squat-related knee issue, attaining some sort of nagging injury is all too easy. 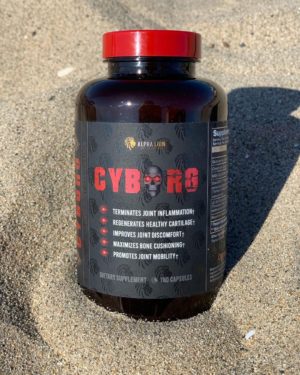 Is pain putting a damper on things? Go robotic with Cyborg and get back on your A game!

That’s why it’s imperative that you keep your joints fine-tuned and well-oiled. If they aren’t properly healthy, moving and lifting can become extremely difficult. Keeping them healthy is easier said than done, however, as sometimes on-point nutrition, thorough warm-ups, and a ton of stretching can’t get the job done on their own.

For that extra bit of help, look no further than Cyborg from Alpha Lion. It’s methodically designed to get you feeling like a “bionic machine” – with high-quality ingredients at efficacious doses, Cyborg eliminates the days of cranky joints. Say goodbye to those aches and pains, and say hello to the age of the machines – OK, we’re not talking about a robot takeover here, but we are talking about the days where your joints will feel like the efficiently-moving, pain-free apparatuses they’re supposed to be!

Check out the full label of Cyborg!