New Chapter: Has a legendary herbal supplement company turned to the dark side!?

New Chapter, a supplement company that arose from a small health food store in 1982, was fairly recently purchased by Procter & Gamble Co. After a few years of falling profits, the founders have exited the company. Is this a sign that all is not well in P&G land?

In 2012, the company was purchased by Procter and Gamble for an unknown sum. The purchase went down shortly after the company had risen to almost $100 million in annual sales. Many in the industry worried that the acquisition of the smaller company by P&G would derail the mission of the company. For a while, this fear was unproven. P&G allowed the original culture of New Chapter to flourish.[1] At first, the deal only seemed to expand New Chapter’s mission of promoting herbal healing to a larger potential community of almost 3 billion people.

P&G are one of THE foremost companies in the personal care space.

However, the profits were not as fruitful as the budding relationship between the companies. P&G’s Net Sales dropped from a peak of $74.4 billion in 2013 to a new low of $65.1 billion in 2017. When the fall began, P&G upped the pressure on New Chapter to conform to a changing industry. Paul Schulick, the founder of the company, left when he realized the demand for more profits might compromise the integrity of his mission. He felt that this demand for profits threatened to deaden the innovative aspects that had driven his products to the forefront of the industry.

Paul, when pressed on the matter, disclosed his views: “Our vow was to always make an optimal and truly innovative contribution to the marketplace. We weren’t interested in being a redundant brand.”[2] 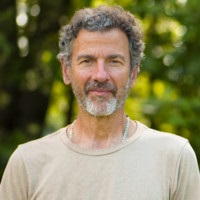 Paul Schulick is one of the most innovative individuals in the general health supplement space.

We should not see this as a hostile departure. The Schulicks are quick to wish P&G and New Chapter a good future. Barbi Schulick, Paul’s Wife, said the following on the future of New Chapter: “We do want New Chapter to succeed. Our call is now to the consumers and stakeholders and anyone who cares about New Chapter to ask the P&G management about them. When new products come to market, we want them to ask if they are formulated in a way to provide the most optimum healing.”[2]

What’s next for Shulick, New Chapter, and P&G?

As for the Schulick’s future, Paul declined a consultancy offer from Proctor and Gamble in order to speak his mind about his former company. He also feels that his departure may be the best thing for the company: “I think in a lot of ways I can do more for New Chapter now being outside of the brand than within it. I’m definitely not going to retire. I am busy at work creating our next venture.”[2]

Based on the quality of New Chapter’s supplements and formulations in the past, we’re excited to see where Paul takes the industry next!

And if you’re a fan of New Chapter supplements, you can sign up for PricePlow’s New Chapter news alerts, which will get you notified on any price drops or new coupons for the brand’s supplements: