Is the Combo of Carbs and Fats Duping Your Brain.. and Diet?

Is one of our bigger diet problems when we mix carbs and fats together? Because our brains sure get confused by the situation…

It’s no secret that the best tasting foods are usually dosed with a higher amount of both fats and carbs. Sure, we love a grilled chicken salad from time to time, but if calories and macros didn’t matter, would we still have that salad instead of a slice of cake, potato chips, or even an entire batch of warm chocolate chip cookies?

According to a new research, the answer is no!

A recent study shows that the combination of a high fat and high carbohydrate diet can directly lead to overeating, by desensitizing our body’s ability to properly evaluate the nutrient density of food.[1]

And even crazier – the researchers showed that we are terrible at estimating energy from carbohydrates!

Sure, we know eating a surplus of carbs and fats together will lead to weight gain. And we know that protein is where the changes are in body composition itself.[2-4]

But now we have some direction as to why so many people are way better off with either low-carb or low-fat diets… but things can get out of control when they allow for both.

Is Your Brain Programed to “Count Macros”?

As we have “known” for a while, a combination of high fats and high carbs in a diet could be detrimental.

In a sense, it is. A recent study suggests that people are more easily able to estimate the energy density of fat or carbohydrate foods over foods with both fat AND carbohydrates. This effect is associated with the functional connectivity between the brain’s visual (fusiform gyrus) and valuation (ventromedial prefrontal cortex) areas. The study shows that foods that are high in fat and carbohydrates are, calorie for calorie, valued more than foods containing only fat or carbohydrates![1]

Why? Apparently, this effect results in recruitment of a person’s central reward circuits. Essentially, we associate foods with higher carbs and fats in combination with one another to be more rewarding. Further, our body learns that fat is a more caloric dense option, and therefore may be preferred in times of energy depletion (note, for example, that hungry wild animals on a hunt fight for the fatty tissue first).

This seems to make sense with the eye test. Clearly, our brain fires pleasure signals when we see a glorious cheat meal, knowing how good it will taste. More often than not, that cheat meal will have a combination of carbs and fats in conjunction with one another. Some of the most glorified “pleasure” foods are usually a high combination of fats and carbs. 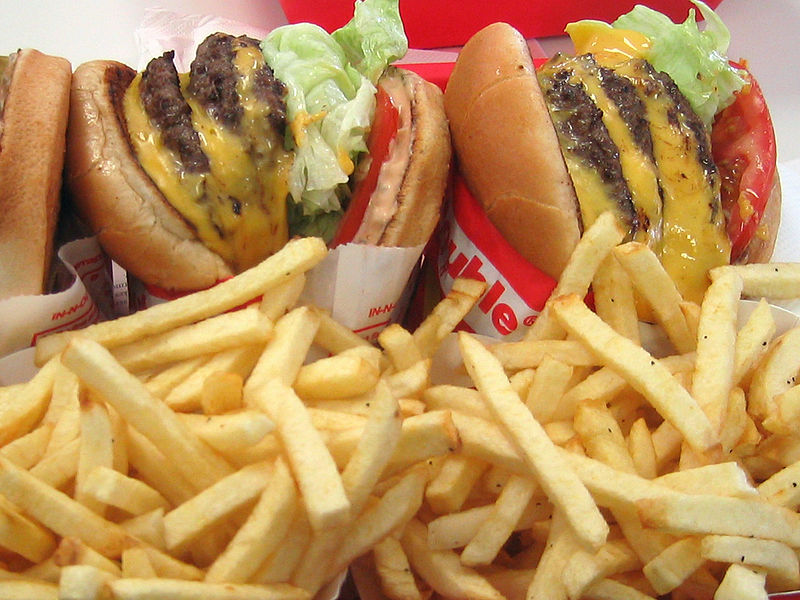 Consider the effects of cheat meals, if used too often and in a non-strategic manner.

You get the point. Sure, you can make healthier versions, but your average restaurant isn’t going to measure the oil or butter they use on a food scale. You generally have to assume your macros will crushed if there is not other nutrition information available.

How Did This Get Measured? 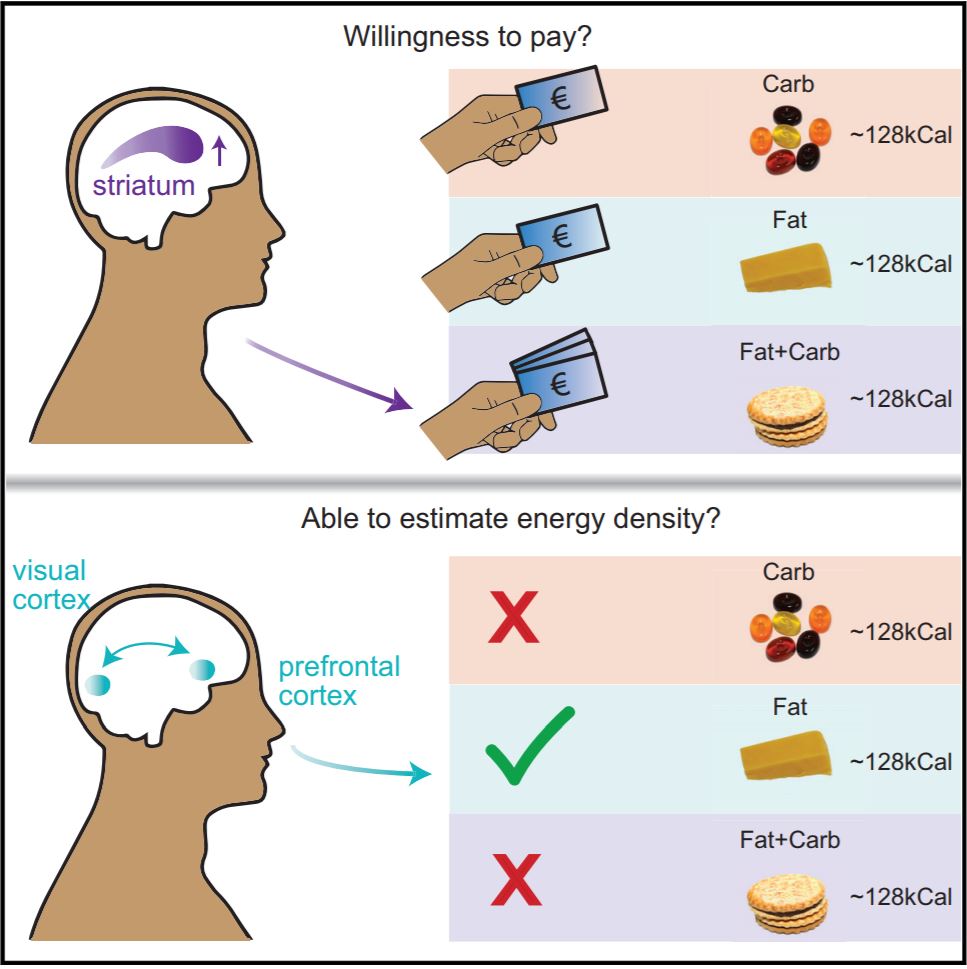 An overwhelming amount of particpants opted to have a food that was high in both fat and carbs, rather than food that was in only one of those macros.

All of the foods were similar in caloric density. Brain activity was measured throughout the testing.[1]

Across the board, participants’ “reward circuits” were more active when bidding on the fat and carbohydrate combined food item. One possibility is that the “postingestive signal” (which conveys information about the nutritive value of fat) is successfully integrated with visual information about foods to determine caloric value, whereas the value of carbohydrates may stem from factors such as flavor or the food’s visual presentation.[1] 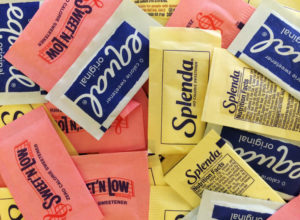 Artificial sweeteners are nice to avoid excess calories but be warned it may be tricking your brain!

Another possibility proposed by the researchers is that recent increases in artificial sweeteners in modern diets can degrade how our brain associates differences between carbohydrate-containing foods and its actual energy density. Essentially, this creates an impaired ability to estimate calories correctly.[1]

Makes sense doesn’t it? We’re adding stevia, Walden Farms, or other low-calorie sweeteners to our foods and the result is a drastically lower calorie and lower carb version, than if we had used actual sugar. The same goes for diet drinks!

But we think this reward circuit experiment would still work on someone who’s never been exposed to those artificial sweeteners – there’s just something to foods with both fats and carbs:

Why does the brain view fats and carbs differently, from an energy point of view?

This data suggests that the association between food as a reward and food as an energy dense option will differ for fat and carbohydrate (Figure 2). For fatty foods, our willingness to pay is tightly coupled to energy density and self-reported “food liking”. Although both

food liking and energy density are associated with willingness to pay, mediation analyses indicate that these factors contribute independently to reward value.[1]

This may indeed stem from our abuse of sugar and other sweeteners. We are essentially tricking our body about the energy density of food we eat, and now we’re clueless when it comes to the true value of our carbs!

What does this all mean?

In his popular blog post titled Want to Die Sooner? Then Don’t Eat Your Vegetables, Mike hypothesized this issue in his “broscience theory” section of that post, essentially suggesting you pick a side unless you’re willing to count calories and weigh food like a hawk. Every new study like this makes it look like a better idea.

This study produced two findings that are relevant to help understand why we make certain food choices: 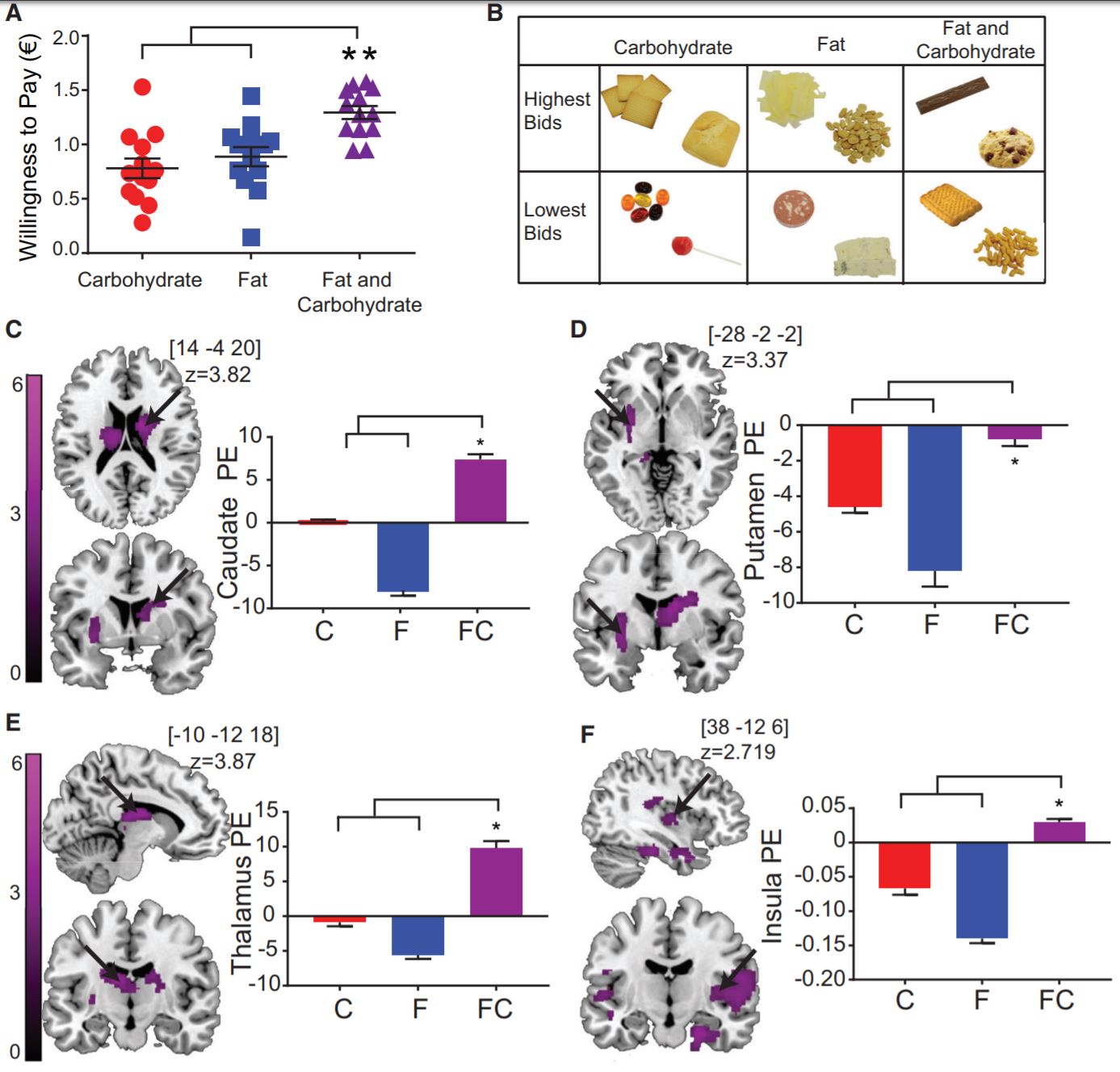 Brain monitoring during this study proved that “rewards circuits” were firing across the brain in response to fat and carb foods, more so than fat foods or carb foods alone.

Both findings support and extend work from animal models indicating that these two energy sources (carbs and fats) have distinct pathways for conveying nutritive value to our central nervous system. This helps to guide our food choice and proves the need to further study how we make certain macronutrient decisions.[1]

Studies in mice show that dopamine release as result of food, will differ depending on how that food is used as an energy source.[5-7] This suggests that our gut to brain pathways that drive fat and carbohydrate reward, may differ. The data from this study seems to support this proposal.[1]

Your next question may be “where does protein fit into this?”, but we’re less concerned. Reason being, when setting up a diet, protein is always the first thing to setup. As mentioned above, it’s most important for body composition.

So regardless of how we “value” our proteins, this is the one thing that should always be set to at least a minimum, and preferably within a reasonable window above that minimum.

Low-Fat or Low-Carb for fat loss: Choose the one that works best for you!

After protein comes the carbs and fats game – and if we’ve learned anything here, it’s that our previous theories on choosing either low-carb or low-fat are critically important, especially if not weighing food and counting calories like a hawk. 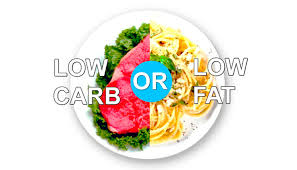 Low Carb or Low Fat – which is better? The answer may simply be to pick one and stick with it, based on your body’s needs!

When many dieters allowed to have both “normal fats” and “normal carbs”, things can spiral out of control quickly. For many of us, we may be better if that addictive bag of chips with fats and carbs is completely off limits.

Point being, if you still want a “balanced diet”, then you need to track macros, because the research now shows that you’re probably not as good at estimating a food’s energy value as you would think!

Takeaway – High Carbs and High Fat Together Will Likely Lead to Overeating.

We may have messed with our brain’s ability to properly evaluate macronutrients, but chances are, our bodies never evolved to deal with too many high-fat and high-carb foods in the first place!

If you track calories and macros, then this shouldn’t be an issue at all. It’s interesting to see that our body has a unique natural means of evaluating the nutritional value of food and can influence our food decisions via this mechanism. It’s even more interesting to see how badly we can fail at it with some “unnatural” foods! 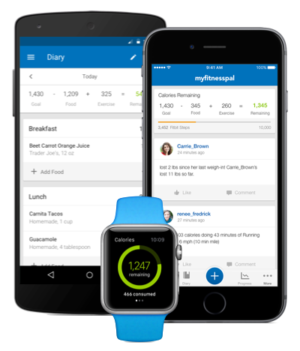 So long as we track macros, we can effectively track what is working and what is not, as it relates to our health and fitness goals.

By combining the two food options, we may be doing more harm than we realize to our bodies – and it starts with a confused brain. The study indicates that combining fat and sugar will increase the reward value of foods, regardless of its caloric value, preference, and portion size. Essentially, the combination of both food types disrupts the ability to accurately estimate the energy density of fatty foods. By implication, a greater reward signal is generated by foods high in both fat and carbohydrates. We know the dopamine release from eating “junky” foods leads us to want more… and this hasn’t even touched on the leptin/grehlin cycles either!

This may be one theory that explains how processed foods high in fat and carbohydrates leads to overeating. Your thoughts in the comments. Do you avoid foods combined with high fats and high carbs? Is it one or the other, or can you maintain a balanced diet without living on MyFitnessPal to count macros?